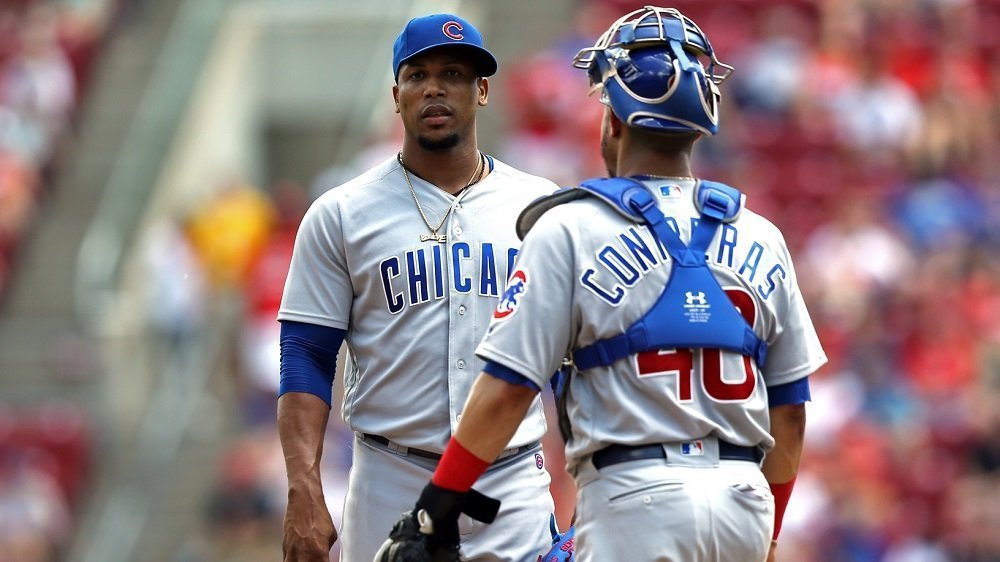 This is not ideal news for the Chicago Cubs.

The Cubs announced that veteran reliever Pedro Strop suffered a right hamstring injury during the final pitch of his appearance against the Los Angeles Angels on Saturday.

The 33-year old will continue to throw but will stay off the mound for at least a week. Last season, Strop suffered a left hamstring injury so it's not the same injury spot.

The Cubs have called the injury a strained right hamstring (grade 1) according to the MRI and believe that Stroppy could be ready for Opening Day.

"According to the MRI, it was barely noticeable so we don’t think it’s going to be anything horribly wrong,” manager Joe Maddon said about Strop to reporters Tuesday. "But we don’t know for sure. We’d like to think we’ll be able to get him ready for the beginning of the season. "If not, maybe shortly thereafter. "It’s something we caught quickly. I can’t emphasize enough – it doesn’t look bad. But you don’t push a guy like that right now."

This injury usually takes several weeks to properly heal so Strop could likely be out on Opening Day even though the Cubs are being optimistic right now in his recovery.

Hopefully, he will be back in a few weeks and miss no regular season time as the Cubs are already missing closer Brandon Morrow for a month (elbow) to start the season. Eyes will now look for Carl Edwards Jr., Steve Cishek, and Brandon Kintzler to possibly have a more expanded role in the first few weeks of the season if Strop is sidelined.

In other Cubs injury news, 37-year old rookie Luke Hagerty has a flexor strain in his pitching arm but could be ready to throw this weekend.

Cubs say its such a mild strain Strop can still throw but won't stress himself in a game, etc