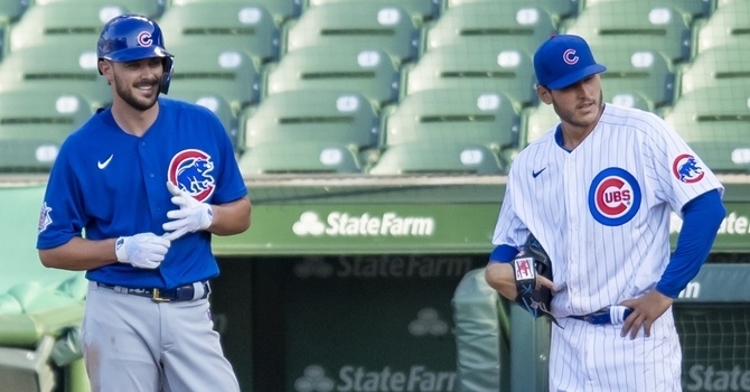 Game 3 of 60 starts this afternoon at Wrigley Field!

This is the series finale, spanning three series that the two teams will play including the first seven at Wrigley Field. The Cubs are trying to win their first season-opening series since the 2017 season.

Television information: The game will be on the Marquee Sports Network, Fox Sports Wisconsin, and MLB.TV (Free game of the day).

Game Thread: Game discussion starts a hour before gametime with senior writer Cole Little and editor Tony Crumpton in the replies to this article! Feel free to send in your questions or comments to all things Cubs. Fly the W! Join our free CubsHQ community...takes only 30 seconds.

Chatwood was impressive against the Brew Crew last season with a 1.26 ERA with 23 strikeouts and only seven hits allowed in 14 1/3 innings.

Here’s this afternoon's lineup for the series finale against the Cubs at Wrigley at 1:20 p.m. CT.

Anthony Rizzo hit .354 in 75 games at Wrigley last season, best average since Derrek Lee in 2007 according to #Cubs notes pic.twitter.com/iLwlOxXiWo

Happ is 10-for-24 with three doubles, five homers and 12 RBI in his last seven games dating back to last season pic.twitter.com/YE2GRytatU