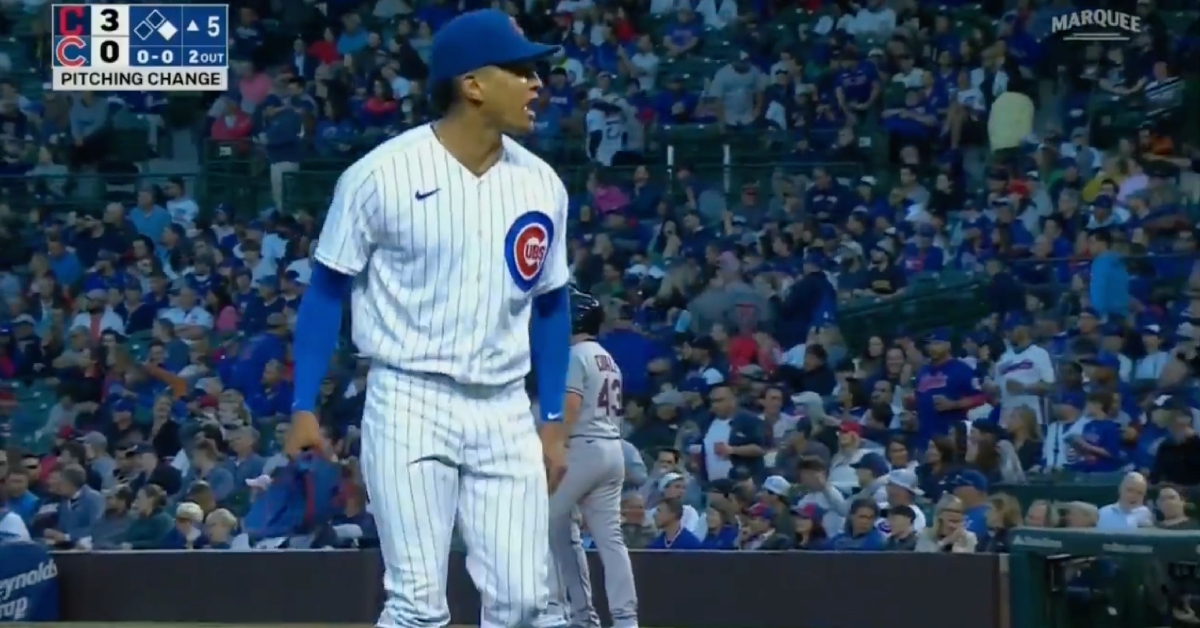 Fresh off being removed from the injured list, Adbert Alzolay voiced his displeasure with the home plate umpire when he was pulled from the game.

CHICAGO — The usually mild-mannered Adbert Alzolay was fired up upon being relieved in Monday's game. Alzolay, who was removed from the 10-day injured list earlier in the day, was pulled with the Cubs trailing the Cleveland Indians 3-0 with two outs in the top of the fifth, and he gave home plate umpire Nick Mahrley a piece of his mind as he headed to the home dugout at Wrigley Field.

Evidently, Alzolay was not pleased with Mahrley's strike zone, specifically on a walk drawn by Aaron Civale, the Indians' starting pitcher, just prior to manager David Ross ending Alzolay's start and bringing Keegan Thompson out of the bullpen. Mahrley displayed restraint while Alzolay angrily barked at him, as he did not eject Alzolay, whose first outing back from a blister-induced layoff featured him striking out five but getting taken deep twice.

Adbert has some choice words for home plate ump Nick Mahrley as he comes out of the ballgame in the 5th.@Cubs #GoCubsGo @adbert29 pic.twitter.com/GekaIQ26iz