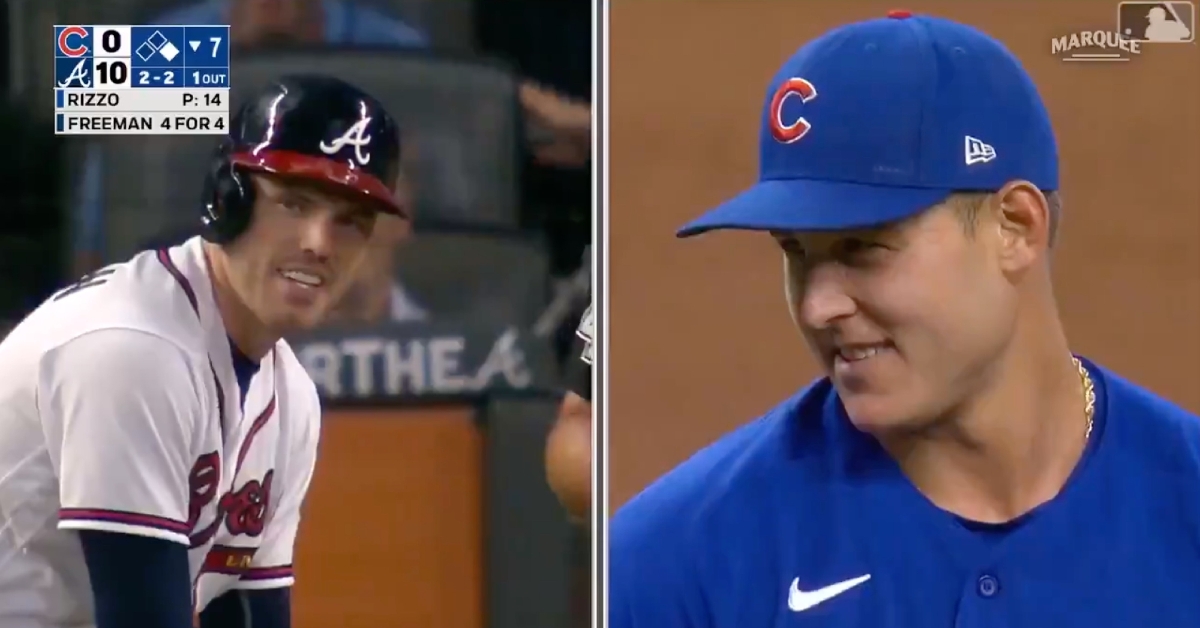 ATLANTA — With the Chicago Cubs trailing the Atlanta Braves 10-0 in the bottom of the seventh on Wednesday, first baseman Anthony Rizzo was given the opportunity to pitch. Rizzo started off by forcing pinch hitter Johan Camargo to ground out at the end of a seven-pitch at-bat that began with a 48-mph curveball. He then walked right fielder Ronald Acuna Jr. on five pitches, setting up a matchup against fellow first baseman — and close friend — Freddie Freeman.

.@ARizzo44 puts the greatest ERA of all time on the line. pic.twitter.com/CLN1YkcAFF

Rizzo and Freeman were recently part of a hilarious moment featuring a mic'd-up "Big Rizz" referring to Freeman as "Frederick" while pursuing him in a rundown. The two shared more laughs on Thursday, with Freeman swinging for the fences against Rizzo, whose fastest pitch of the outing was in the mid-70s, only to strike out swinging at a 61-mph curveball.

Rizzo celebrated on the mound after fanning his pal, and the Cubs fans at Truist Park joined in with raucous applause and cheering. Freeman, the reigning National League MVP, could not help but laugh after striking out in the battle of lefties. Rizzo, who also pitched in 2018, then left the rubber and returned to his post at first base, with infielder Matt Duffy finishing out the the scoreless inning on the bump.

No pitcher in @MLB history has a lower ERA than @ARizzo44. pic.twitter.com/vDzb7rjP9S