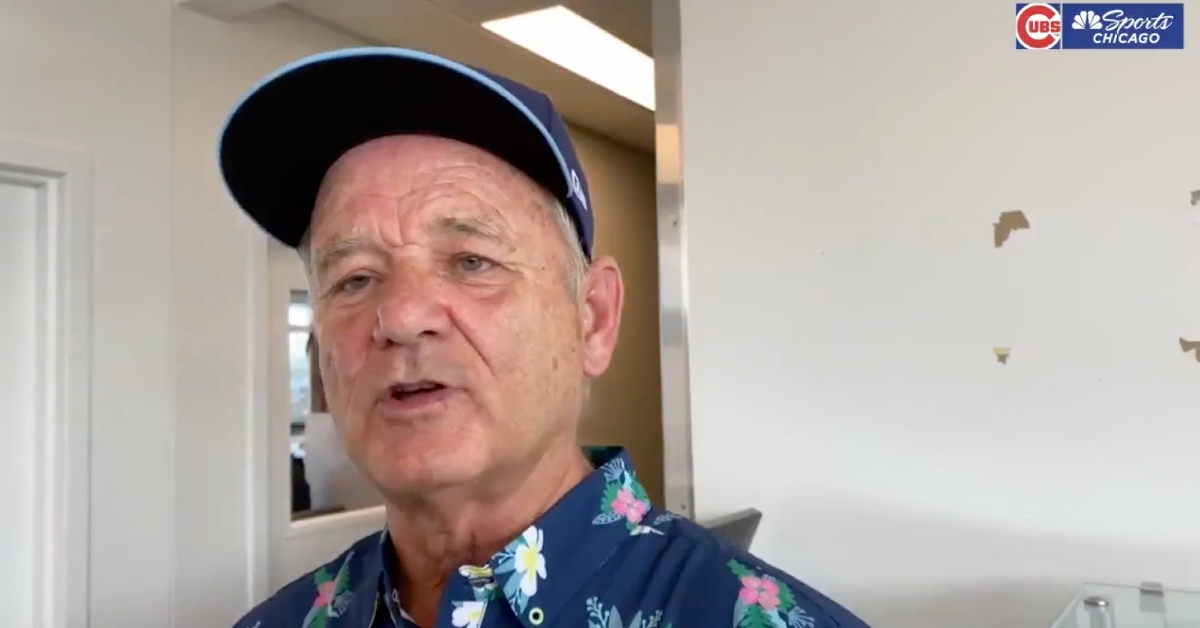 Comedic actor Bill Murray suggested that young Cubs fans should step up and raise money to help the team in free agency.

CHICAGO — Not only did lifelong Chicago Cubs fan Bill Murray perform a rousing rendition of "Take Me Out to the Ball Game" during the seventh-inning stretch on Friday, but he also publicly shared his far-fetched plan for keeping the Cubs' core intact. The iconic funnyman was in attendance at Wrigley Field for the Cubs' 8-5 win over the St. Louis Cardinals, which was the first game since 2019 featuring a full-capacity crowd at the Friendly Confines, and he spoke with the media.

"I'm going to suggest the children of Chicago begin something like a March of Dimes," Murray said, "and contribute individually, you know, lemonade money to bring back all the players next year."

It is no secret that an interesting offseason lies ahead for the Cubs, with several key players set to become free agents. Therefore, Murray jokingly put the onus on the Chicago area kids to raise money that could help keep all of the Cubs' notable free agents around.

"You can't expect Tom Ricketts to pay for everything," Murray continued. "They've got to be prudent with the way they run the business."

The comment regarding Chairman Ricketts may have been nothing more than a sarcastic comment, but it also might have been a tongue-and-cheek quip, as Ricketts has previously come under fire for his comments regarding how much money he is willing to spend on players. In typical Murray fashion, the dry, deadpan delivery left any potential underlying connotation a mystery.

Murray closed out his hilarious proposal by guaranteeing a World Series title for the Cubs this season, saying, "If the children of the city could begin giving up their allowance in the name of keeping this Cub team together after we win the championship this year, I just think they'd feel really good about it for the rest of their lives."

Bill Murray has a creative solution to keep the Cubs core together ???? pic.twitter.com/5JV6wjDyRo

The prospects of monthly allowances and lemonade stand profits being donated by kids to their favorite MLB franchise are not very promising, but the zany idea provided Cubs fans with yet another hilarious sound bite from the North Siders' most famous fan. Every last cent could come in handy in convincing Kris Bryant to return to the Cubs after this season, so perhaps Murray's proposal is not so unreasonable after all.