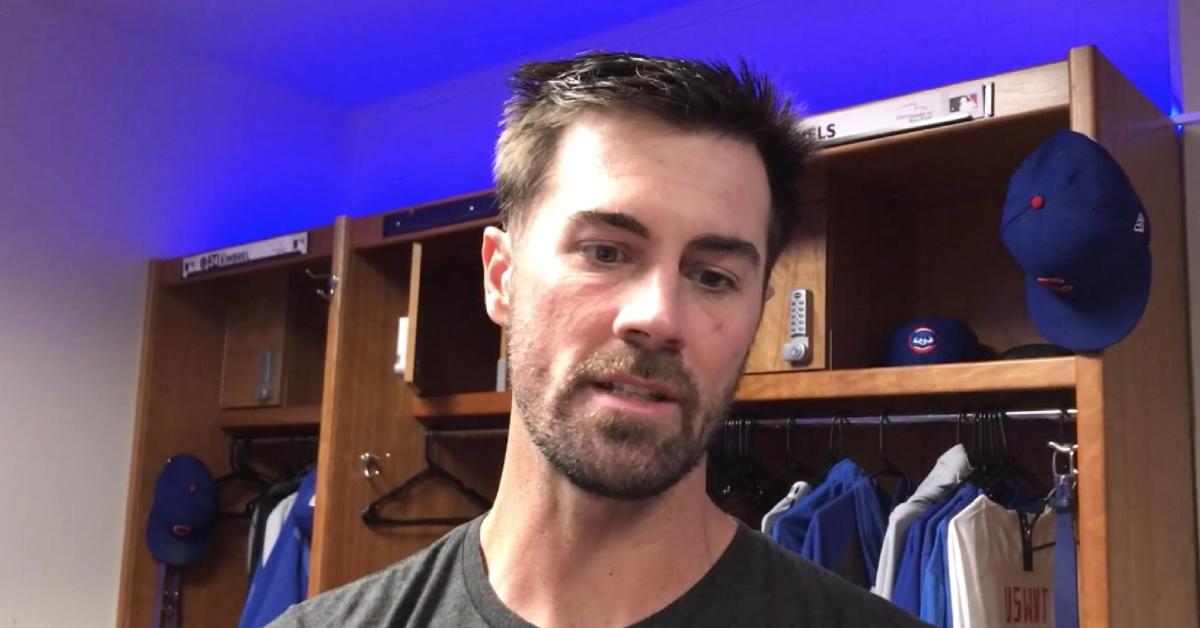 At first, Cole Hamels was hopeful that the pain felt in his left side was caused by nothing more than a cramp.

CINCINNATI — Telling the media that he initially thought that he had suffered nothing more than a cramp in his left side, a downtrodden Cole Hamels spoke to reporters after it was announced on Friday night that he had suffered a strained left oblique that would land him on the injured list. The Chicago Cubs starting pitcher exited his outing after just one inning due to pain in his left side, as the left-hander threw one warmup pitch before the bottom of the second and then walked right back to the dugout.

Hamels told reporters that he initially felt discomfort toward the end of the bottom of the first, which led to him attempting to walk it off and stretch it out between innings. However, after feeling the self-described "grabbing" sensation in his left side following the aforementioned warmup toss, Hamels opted against pitching through the ailment and potentially exacerbating it. Cubs manager Joe Maddon revealed to the press after the Cubs' 6-3 loss to the Cincinnati Reds that Hamels would be placed on the injured list and would also undergo an MRI on Saturday in order to determine the severity of his injury.