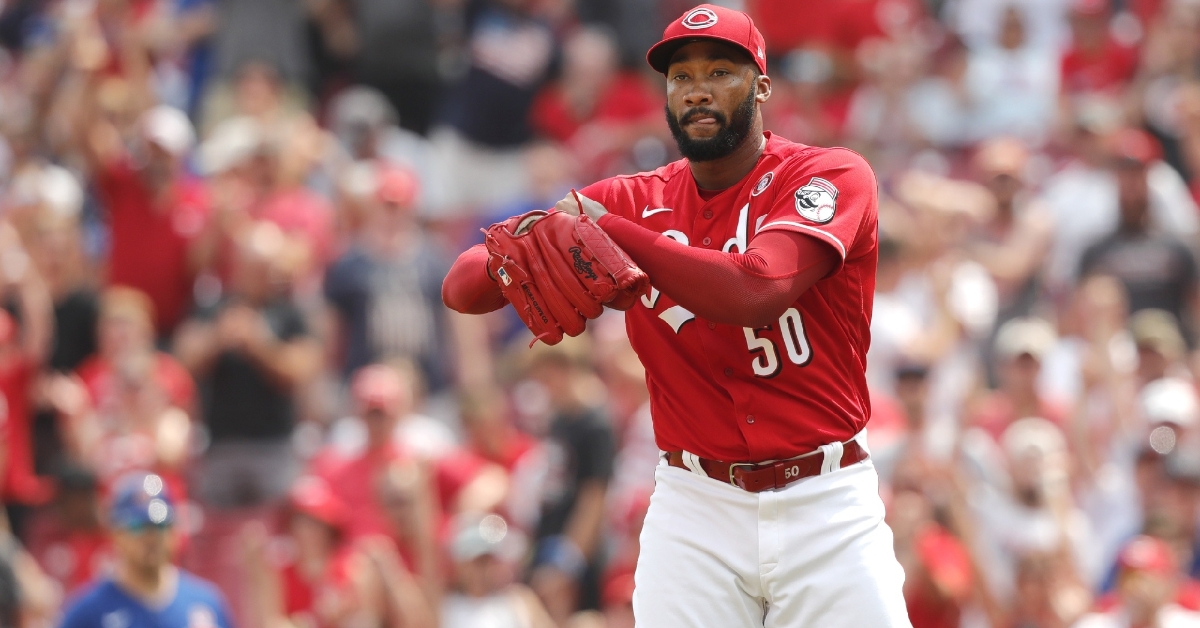 CHICAGO — Cincinnati Reds reliever Amir Garrett was probably not expecting to pitch once the ninth inning rolled around at the Wrigley Field on Tuesday, as the Reds led the Chicago Cubs 7-2 at the time. Garrett gave up a walkoff single in the bottom of the ninth on Monday, with Cubs shortstop — and Garrett's archenemy — Javier Baez plating the winning run and taunting Garrett as part of a viral moment at the Friendly Confines.

Cubs fans were not so friendly when Garrett was called upon to pitch on Tuesday, as they serenaded the lefty with a cacophony of boos while he exited the bullpen and jogged to the mound. Garrett has been jeered by the Wrigley Field faithful before over his longstanding rivalry with the North Siders, but Tuesday night's booing was extra loud.

Amir Garrett with a warm welcome at Wrigley pic.twitter.com/wT76Qz7huT

Garrett toed the rubber in the wake of reliever Edgar Garcia giving up a pair of ninth-inning solo home runs. Third baseman Patrick Wisdom, who entered in the seventh inning, hit his 15th dinger of the season with a leadoff 418-foot blast to center. A few at-bats later, left fielder Kris Bryant, who started at third base before Wisdom took over at the hot corner, swatted a 368-foot jack to left for his 18th long ball of the year.

Garcia was removed following Bryant's homer, which occurred after pinch hitter Robinson Chirinos struck out looking. Garrett walked first baseman Anthony Rizzo before striking catcher Willson Contreras out swinging. With two outs, Rizzo headed to second due to fielder's indifference, but second baseman David Bote then grounded out to shortstop, thus ending the game. If Bote had reached base, Baez, who did not start due to a heel injury, would have had another go at Garrett in a pinch-hitting appearance. Instead, Garrett overcame the boo birds and finished off a 7-4 Reds win, leaving "El Mago" stranded in the on-deck circle.