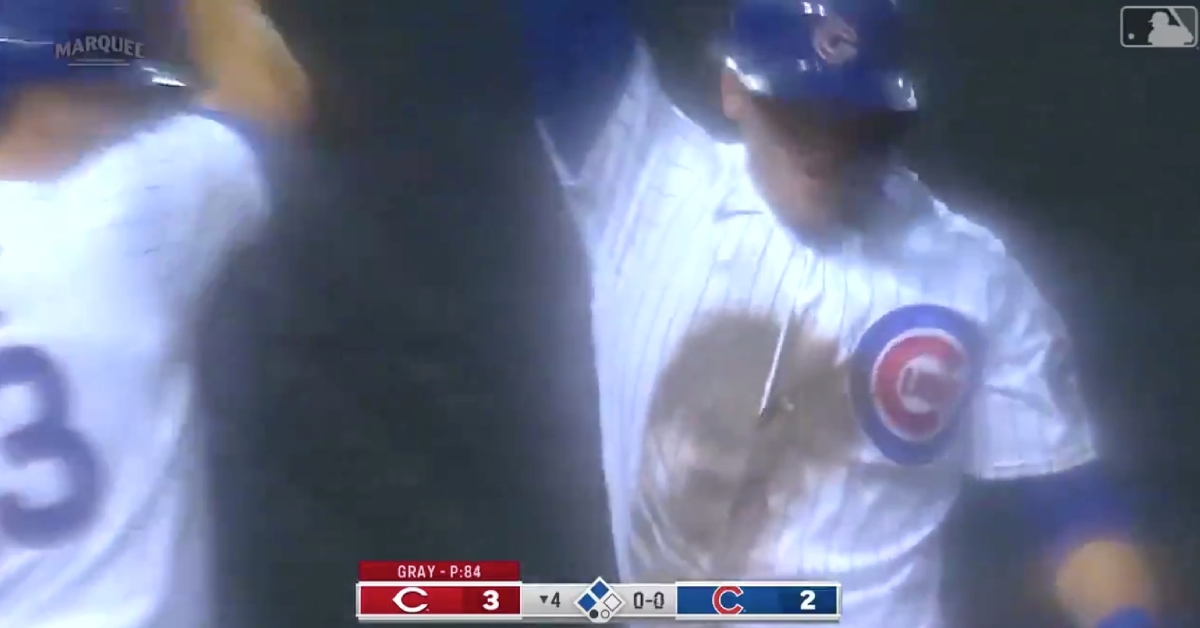 CHICAGO — After not scoring since the third inning of Tuesday's game, the Chicago Cubs came alive in the fourth inning of Thursday's game, scoring five runs in the pouring rain to take a 5-3 lead over the Cincinnati Reds. The start of the contest was delayed an hour and 15 minutes due to rain at Wrigley Field. The heavy precipitation picked up again in the fourth frame, but it seemed to rejuvenate the Cubs' offense.

Reds ace Sonny Gray saw his start unravel rather abruptly. He walked the leadoff man, Willson Contreras, and then forced Jason Heyward to ground out. Cameron Maybin beat out a throw to first for an infield single that advanced Contreras to third, and David Bote walked to load the bases.

In the midst of a downpour, Nico Hoerner came through with a two-run double hit into the gap between left and center. Hoerner then showed off his baserunning ability by racing home on a single hit by Ian Happ to shallow right field. Hoerner slid across the dish ahead of the tag.

Can you tell when Nico scored? pic.twitter.com/Vr1gRPvmNc

Happ's worm burner was fielded not far from the edge of the infield, but he hustled for a single. Two runs were pushed across, putting the Cubs in front. Kris Bryant was walked thereafter, leading to a pitching change. Michael Lorenzen relieved Gray and enabled both runners to move up with a wild pitch.

Anthony Rizzo proceeded to hit a chopper toward shortstop that scored Happ, and Javier Baez grounded out to end the inning. All in all, the Cubs amassed five runs on three hits and three walks in an action-packed inning.