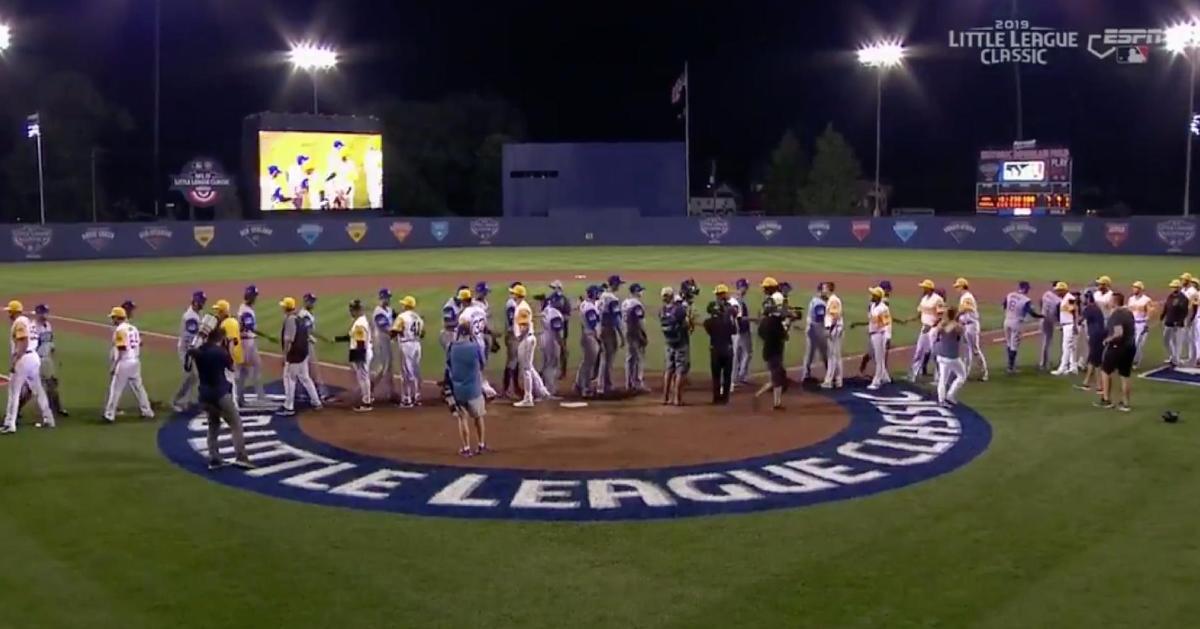 The Chicago Cubs and the Pittsburgh Pirates went through a handshake line together at the conclusion of Sunday's game.

WILLIAMSPORT, Pa. — Capping off the 2019 edition of the MLB Little League Classic in fitting fashion, the Chicago Cubs and the Pittsburgh Pirates went through a handshake line together at the conclusion of the game. Setting aside their differences as division foes, the coaches and the players from the two National League Central clubs shook each other's hands the way that Little League coaches and players do after each game.

The contest, which resulted in a 7-1 Cubs win, was played at BB&T Ballpark at Historic Bowman Field, which is located near the ballpark that hosts the Little League World Series. With the stands filled by little leaguers, Sunday night's matchup ended with good sportsmanship that the young players were assuredly proud of, as even Cubs manager Joe Maddon and Pirates manager Clint Hurdle were friendly with one another for a brief moment.

Coolest moment of the #LittleLeagueClassic right as the game ends @Cubs and @Pirates line up at home plate to shake each other's hands. #GoCubsGo pic.twitter.com/6KwjxmuFet