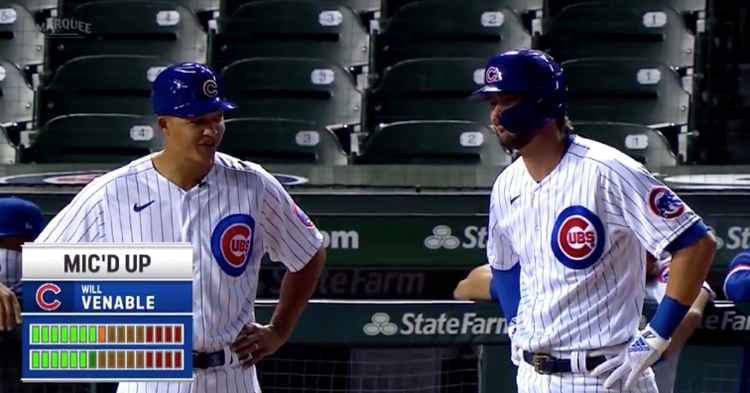 Cubs third-base coach Will Venable was mic'd up for the Marquee Network of Friday's game.

CHICAGO — Chicago Cubs third-base coach Will Venable was mic'd up during the Cubs' matchup at Wrigley Field against the St. Louis Cardinals on Friday. While it was already evident that Venable is a really nice guy, the footage provided by Friday's broadcast reinforced as much.

Venable was very supportive of the players who reached third base, giving them positive feedback regarding their plate appearances and psyching them up for the possibility of scoring. Upon reaching third, Kris Bryant chatted with Venable about how "awesome" it would be if he scored.

The microphone also captured Venable's dugout chatter, including a conversation Venable had with another coach regarding a Willson Contreras at-bat that featured Contreras "grinding it out." The mic'd up segment was part of Marquee Network's broadcast of Friday's game, which the Cubs won 4-1.

Will Venable mic'd up during last night's game was awesome. pic.twitter.com/I7FQXrThnB