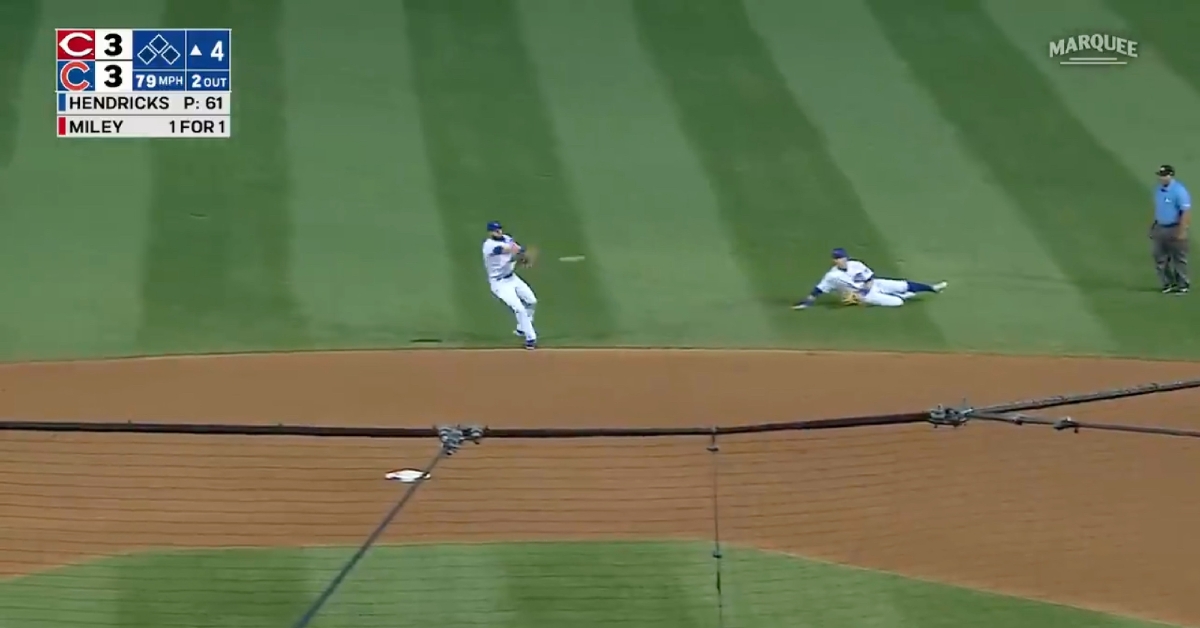 David Bote quickly got to his feet and threw to first base after pulling off a sliding stop at the edge of the outfield grass.

CHICAGO — Starting at second base in just his second game back from a lengthy injury layoff, David Bote showed out both at the plate and in the field for the Chicago Cubs on Monday. He hit a two-run homer at Wrigley Field on Sunday and collected a go-ahead single with two outs in the bottom of the third in Monday's tilt at the Friendly Confines.

Bote scored Kris Bryant from second base via a base knock to left field, putting the Cubs up 3-2 over the Cincinnati Reds. Although the Reds retied the game by way of a Kyle Farmer solo shot in the top of the fourth, the half-inning ended with Bote sliding across the grass at the edge of the outfield and fielding a Wade Miley grounder before popping up and firing a throw to first base for the third out.

Miley was victimized by Bote twice in quick succession, as he gave up the aforementioned two-out base hit. Bote also applied the tag on Jesse Winker after catching a bullet thrown by Patrick Wisdom in the opening inning. Wisdom prevented Winker from hitting a double in the top of the first and also prevented Tucker Barnhart from recording an extra-base hit with a leaping snag in the at-bat prior to Bote's web gem, as Wisdom made the most of his start in left field.