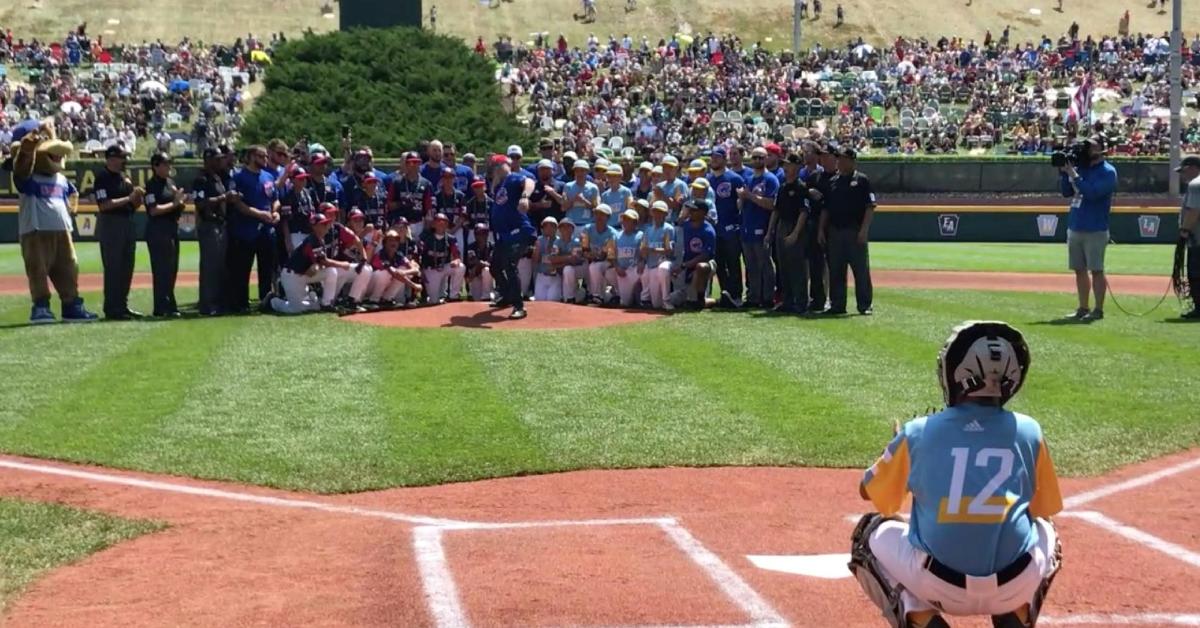 It took Chicago Cubs manager Joe Maddon three tries before he finally threw a ceremonial first pitch that was up to par.

WILLIAMSPORT, Pa. — Chicago Cubs manager Joe Maddon is a Pennsylvania native, and he was treated with a hero's welcome when throwing out the first pitch at a Little League World Series game in Williamsport, Pa., on Sunday afternoon. Prior to taking on the Pittsburgh Pirates in the annual MLB Little League Classic, the Cubs attended a Little League contest at BB&T Ballpark at Historic Bowman Field.

Maddon received the honor of throwing out the ceremonial first pitch, but lobbing a toss to a Little League catcher from a shortened Little League mound likely proved to be harder than Maddon expected. Maddon's first two pitches bounced in the dirt out in front of the plate, but the third time was the charm, as Maddon finally tossed a pitch over the dish on his third attempt.