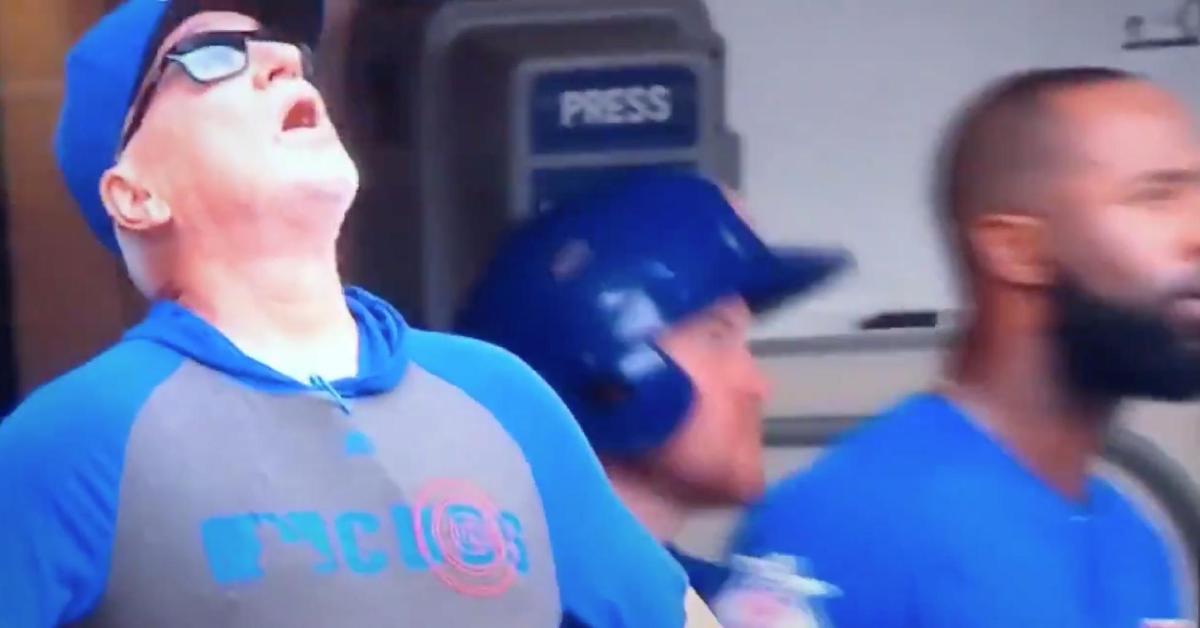 MILWAUKEE — With the roof open at Miller Park on Sunday afternoon, a deafening roar echoed throughout the stadium when multiple fighter jets flew overhead during the course of the contest between the Chicago Cubs and the Milwaukee Brewers. While having military planes fly above a sporting venue usually makes for an exciting scene, this particular incident was rather alarming.

Cubs manager Joe Maddon and Cubs first baseman Anthony Rizzo were especially alarmed by the jarring cacophony, with both being caught on camera panicking in the Cubs' dugout. Maddon nearly jumped out of his skin before realizing what the source of the noise was, which led to him staring up at the sky in amazement. As for Rizzo, his reaction was quite extreme, as he jolted toward the clubhouse like he was planning to take cover in preparation for an incoming attack.

The tweet above this needs to be deleted ASAP. pic.twitter.com/8aukZmZl1y