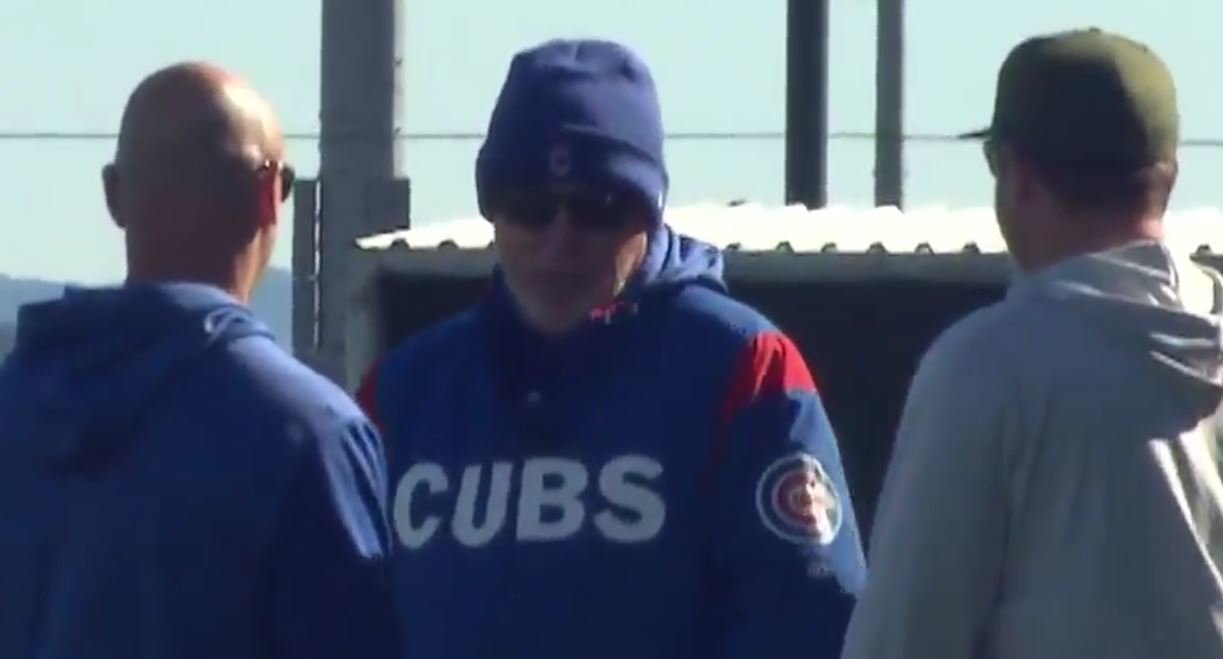 Cubs manager Joe Maddon is in his last year of his contract with the Chicago Cubs.

Some have labeled it as Maddon's lame duck year but the veteran coach isn't thinking that way.

Maddon has been way more hands-on this spring working with the Cubs players especially the young hitters like Kyle Schwarber, Albert Almora Jr. and Ian Happ with situational baseball.

Probably the most hands-on I’ve seen Maddon as he set up and is now feeding the machine after talking “opportunity” hitting with a small group including Zobrist, Schwarber, Almora and Happ. He’s yelling out situations. Men on base etc pic.twitter.com/IcC9WyL199

Here’s the big one. Runner on third infield back one out for Ian Happ. pic.twitter.com/lUdXlYoROU

Check out Maddon mic'd up in the following video:

We mic'd up @CubsJoeMadd at Spring Training.

Hear from the #Cubs manager himself on how he's working to get the most out of his club. pic.twitter.com/nJ96aNAgXE