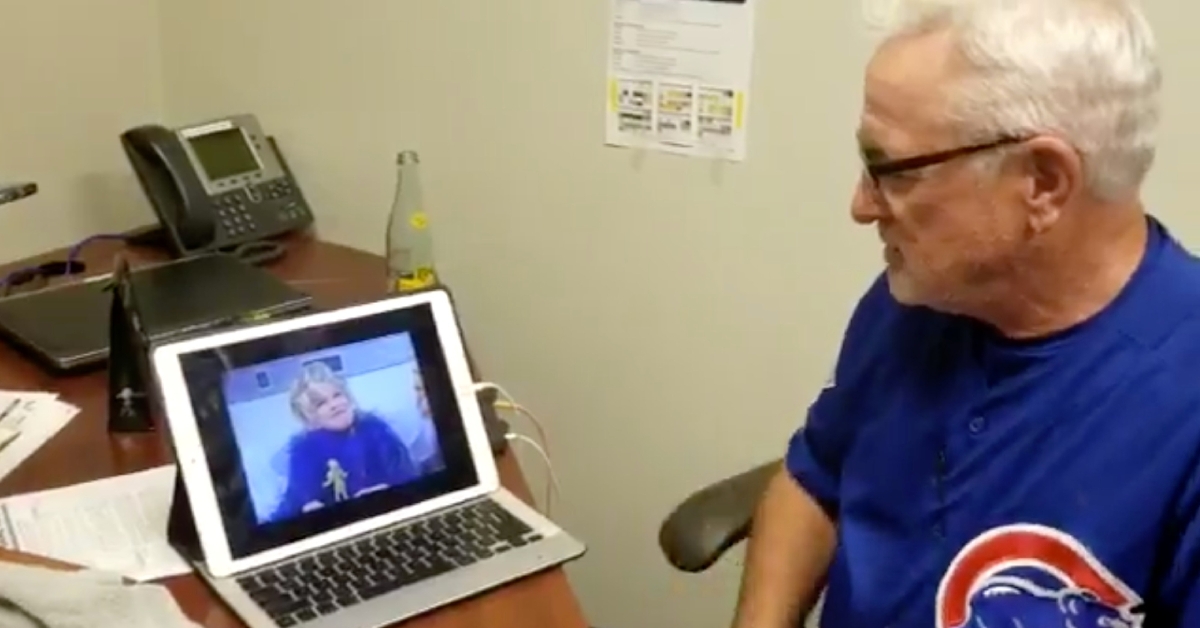 ST. LOUIS — Chicago Cubs second baseman Robel Garcia entered Friday's contest between the Chicago Cubs and the St. Louis Cardinals during the sixth inning, and he proceeded to essentially put a bow on what ended up as an 8-2 Cubs victory. Skying a 3-run moonshot in the top of the seventh at Busch Stadium, Garcia placed the Cubs ahead by a tally of 7-1 via his lone hit of the night. Marking the fifth dinger of the season for Garcia, the towering blast was part of a 7-run frame for the Cubs.

Following the win, Cubs manager Joe Maddon praised Garcia while chatting with the media, and he did so in the form of a YouTube clip played on his iPad. Pulling up a snippet from the sitcom Seinfeld of guest star Bette Midler singing "Rochelle, Rochelle" from the episode "The Movie," Maddon hilariously paid tribute to Garcia by referencing what the infielder's given name reminds him of.