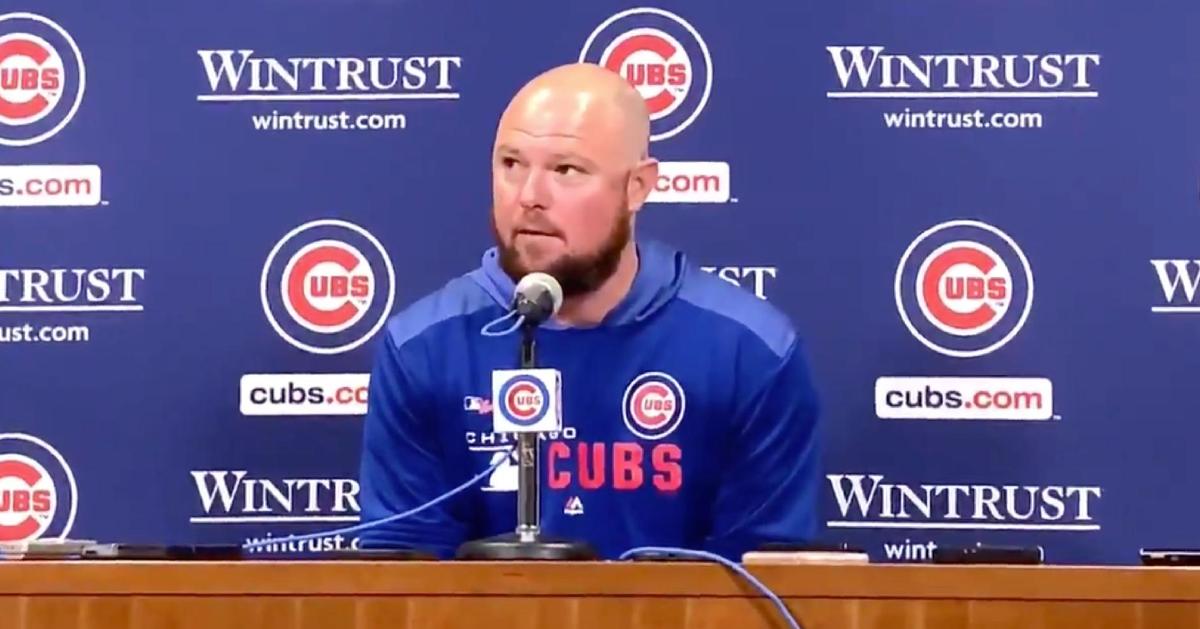 In his postgame press conference, Jon Lester incited laughter with his sarcastic responses to several questions.

CHICAGO — Chicago Cubs ace Jon Lester pitched 5 2/3 innings of of 3-run ball on Wednesday, overcoming a first-pitch home run and earning the winning decision in the Cubs' 7-3 victory versus the Chicago White Sox. Following the game, Lester had reporters in stitches with his sarcastic responses to several of the questions that he was asked in his press conference. Known for sardonic his sense of humor, Lester commented that giving up a homer on the first pitch of the contest was a "confidence booster."

Five total dingers were hit in Wednesday's contest, with two of them coming against Lester. Homer-filled games have become fixtures of today's MLB, and Lester was asked to give his opinion on the unfounded rumors that the baseballs being used in the majors are juiced. During the Cubs' recent series at Dodger Stadium against the Los Angeles Dodgers, Lester remarked that he was baffled by the high volume of opposite-field blasts being hit in a venue that is known as a pitcher-friendly park. However, Lester did not make excuses after giving up a couple of long balls to the White Sox, as he took the high road and simply stated that he needs to make better pitches.

Jon Lester had the interview room laughing after tonight’s win. Here were a few of his one-liners... pic.twitter.com/NpzNzEC0Ho

Jon Lester chuckled when asked about the juiced-ball theory: “It is what it is. Every pitcher in the big leagues has to pitch with it. You can comment on it all you want, but it just sounds like an excuse. I don’t make excuses. Gotta make better pitches.”

In his postgame press conference that followed the 7-3 triumph, Cubs manager Joe Maddon was asked about the uptick in home runs in the Cubs' recent games. Maddon also had a humorous answer, with the wily skipper saying that "the way the ball is coming off the bat right now is extraterrestrial." Maddon specifically praised Cubs catcher Willson Contreras for his 2-homer showing on Wednesday night, opining that the consistency of how Contreras approaches his at-bats has paid substantial dividends for the backstop as of late.