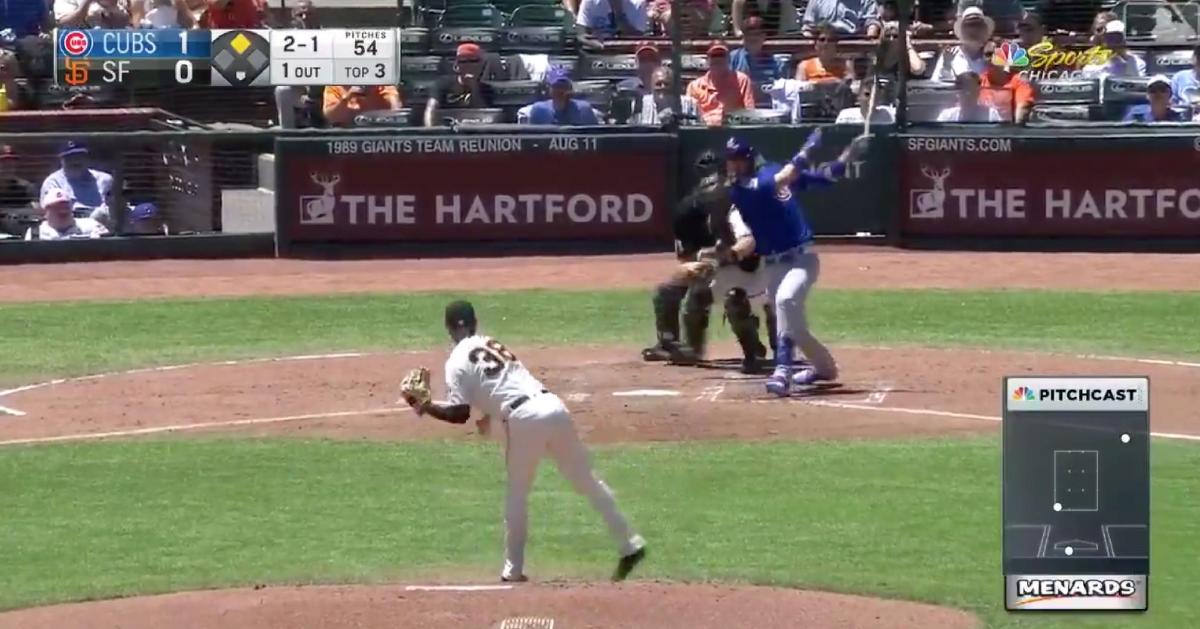 Kris Bryant made a controversial ruling regarding a ground-rule double a moot point by going yard.

SAN FRANCISCO — In the top of the third at Oracle Park on Wednesday, Chicago Cubs third baseman Kris Bryant cranked a 2-run shot that increased the Cubs' lead over the San Francisco Giants to three runs. The blast followed a controversial ground-rule double off the bat of Cubs shortstop Javier Baez.

With one out and nobody on base, Baez drilled a liner to deep right-center that got lodged underneath a gate at the wall. The umpires were rather late in declaring the hit a ground-rule double, even though the two Giants outfielders pursuing the baseball lifted their hands in the air as if to say that it should be ruled a dead ball.

Eventually, Giants right fielder Austin Slater grabbed the ball and threw it back into the infield. However, the umpires then decreed that the play was a ground-rule double, and Baez was sent back to second base after making it to third base. Cubs manager Joe Maddon was unhappy with the ruling, but, even after a replay review, the call stood.

Bryant made up for it in the ensuing at-bat, as he smoked a four-seamer thrown by Giants starter Tyler Beede out beyond center field, making the score 3-0 in favor of the Cubs. The 391-foot jack, which sported a steep 38-degree launch angle, marked Bryant's 21st home run of the season.