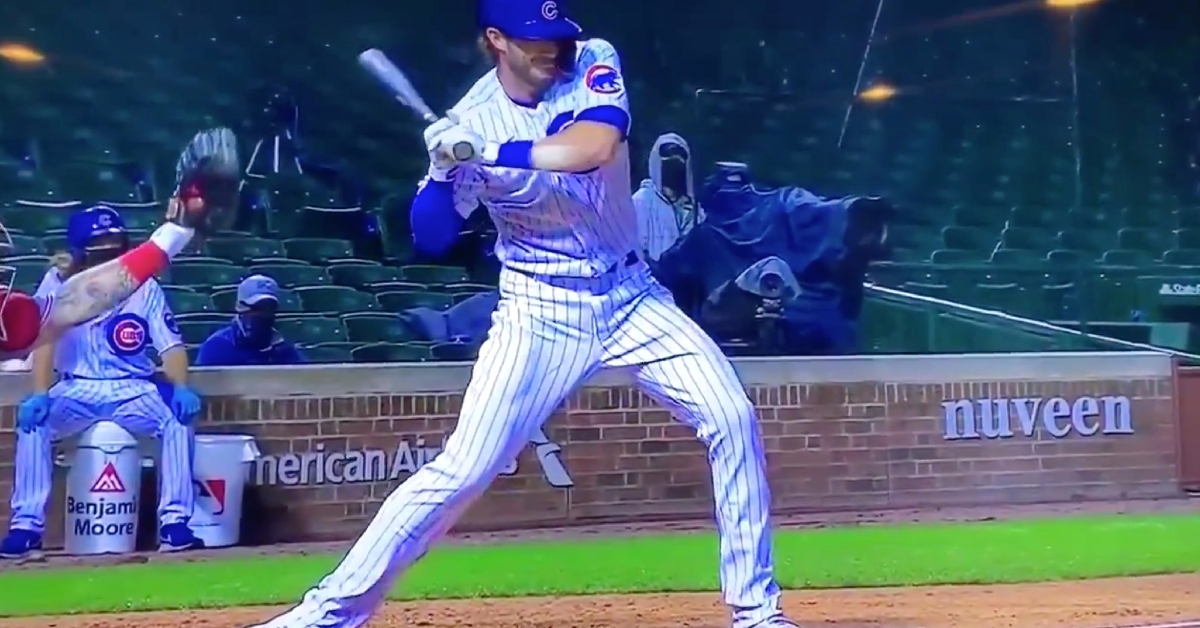 Kris Bryant was plunked by the first pitch of his third-inning plate appearance and remained in the game.

CHICAGO — Chicago Cubs third baseman Kris Bryant toughed out some elbow pain after getting hit by a pitch and hustled home on an RBI triple. Bryant, who typically wears an elbow guard, was plunked on his bare left elbow by the first pitch of his third-inning plate appearance and took first base after being evaluated by a trainer.

Soon afterward, shortstop Javier Baez lofted a two-out triple to deep right field that carried into the corner. Bryant hustled home, putting the Cubs up 3-0 over the Cincinnati Reds at Wrigley Field. Tyler Mahle, who beaned Bryant, gave up the three-bagger, Baez's first of the season.

Second baseman David Bote smacked a two-run triple for the Cubs earlier in the game, and it also occurred with outs. Mahle gave up that three-bagger, too. "Javy" now has 19 RBIs on the year. Former Cub Nicholas Castellanos, the Reds' starting right fielder, appeared to misjudge both triples, and his shaky defense aided the Cubs' baserunning efforts.

Ouch! Remember this next time one of you call KB soft #Cubs pic.twitter.com/ngVEuoHiFP

Javy probably doesn't need to look at the video of this AB. pic.twitter.com/4I4ULXUj8Y