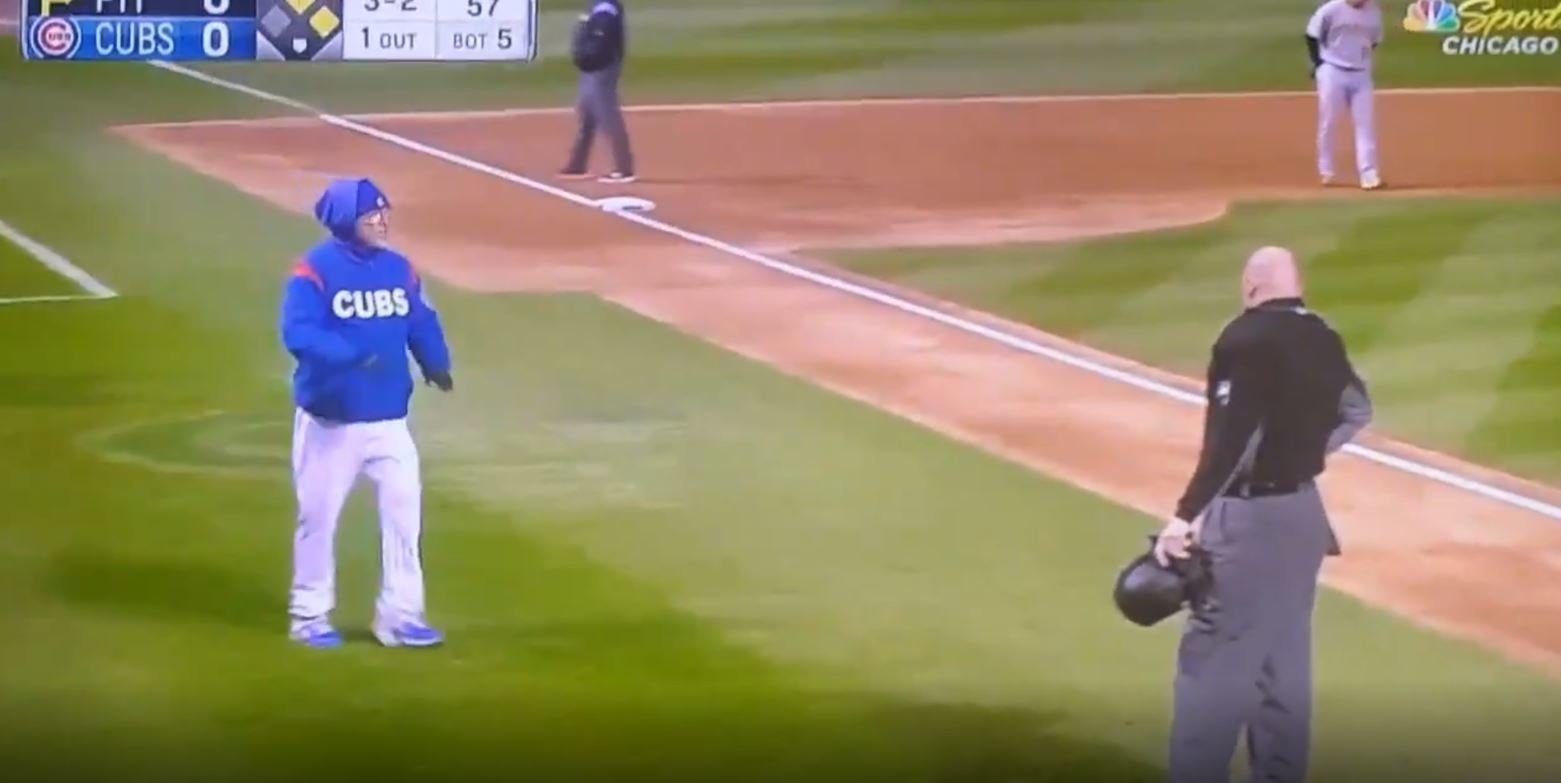 Joe Maddon proved that getting ejected is not that hard after all. (Credit: Quinn Harris-USA TODAY Sports)

CHICAGO, Illinois — Managerial ejections in Major League Baseball typically follow rage-induced blowups on behalf of the managers, with home-plate umpires typically taking the brunt of the rage until it becomes unbearable. However, Chicago Cubs manager Joe Maddon showcased just how little it actually takes for a skipper to get tossed in the Cubs' contest against the Pittsburgh Pirates on Thursday.

After not agreeing with a questionable strike call in the bottom of the fifth, Maddon chirped at home-plate umpire Mike Estabrook from the dugout. Estabrook proceeded to warn Maddon that if he left the dugout to confront him on the field, he would be ejected. Set on making his point about a strike zone that had been rather pitcher-friendly all night, Maddon casually sauntered onto the field and calmly cleared the air with Estabrook.

Estabrook stood by his promise and sent Maddon off as soon as the veteran manager got withing arm's reach of him. Maddon continued to respectfully air his grievances with Estabrook before exiting the field for what was assuredly one of the most peaceful ejections in the history of baseball. He did not go quietly, though, as Maddon made a snarky remark to the other umpires while heading for the clubhouse that they needed to teach their colleague what a strike is.