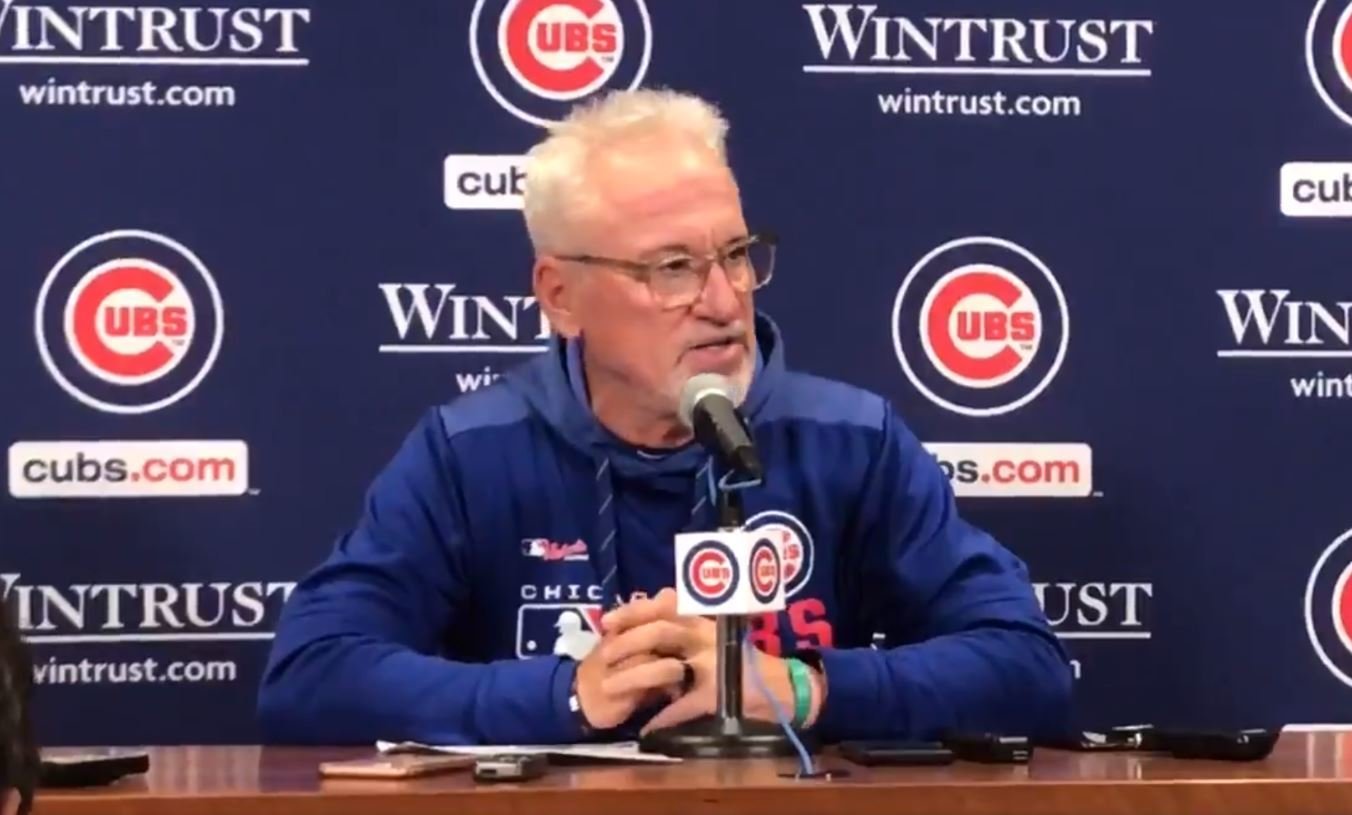 Cubs skipper Joe Maddon made a tough call that paid off in the end. (Credit: Michael McLoone-USA TODAY Sports)

A surprising decision to insert Javier Baez, who had not played since leaving Sunday's game due to a heel injury, into Tuesday's contest as a pinch hitter in the bottom of the ninth worked out well for Cubs manager Joe Maddon. After receiving word from a Cubs trainer that Baez was taped up and ready to go, Maddon opted to pinch hit for second baseman Daniel Descalso, who had gone 0-for-4 on the evening, with his superstar middle infielder.

Baez took no time at all in making Maddon's unexpected move worthwhile, as "Javy" swung at the first pitch thrown to him by Phillies closer Juan Nicasio and drove it to right field to drive home the winning run. Coming with the game tied and the bases loaded, the winning RBI base knock lifted the Cubs to a 3-2 victory over the Phillies.

"Daniel just had a tough night," Maddon said when explaining his rationale in his postgame press conference, "and Nicasio's kind of a reverse-split pitcher. So I went with it."

Maddon revealed that he was somewhat reluctant to used Baez as a pinch hitter because there was no way that he was going to allow the injured Baez to play the field. And, with most of the Cubs' infielders having already been utilized, that would have left the Cubs with a defensive predicament on their hands if the 10th inning came to fruition.

However, during a replay-initiated delay in the action, in which the umpires reviewed the play at the plate on the game-tying run that set the stage for Baez's walk-off, Maddon opted to trust his instincts and let "El Mago" perform his magic act.

"The delay on the play at the plate gave me another nanosecond to think about it," Maddon told the media. "I was still oscillating, but, then, I just said, 'Why not?'"

Joe Maddon discusses his decision in the 9th to bring Javier Baez in as a pinch hitter. @WGNNews pic.twitter.com/5LN5jkyZc9