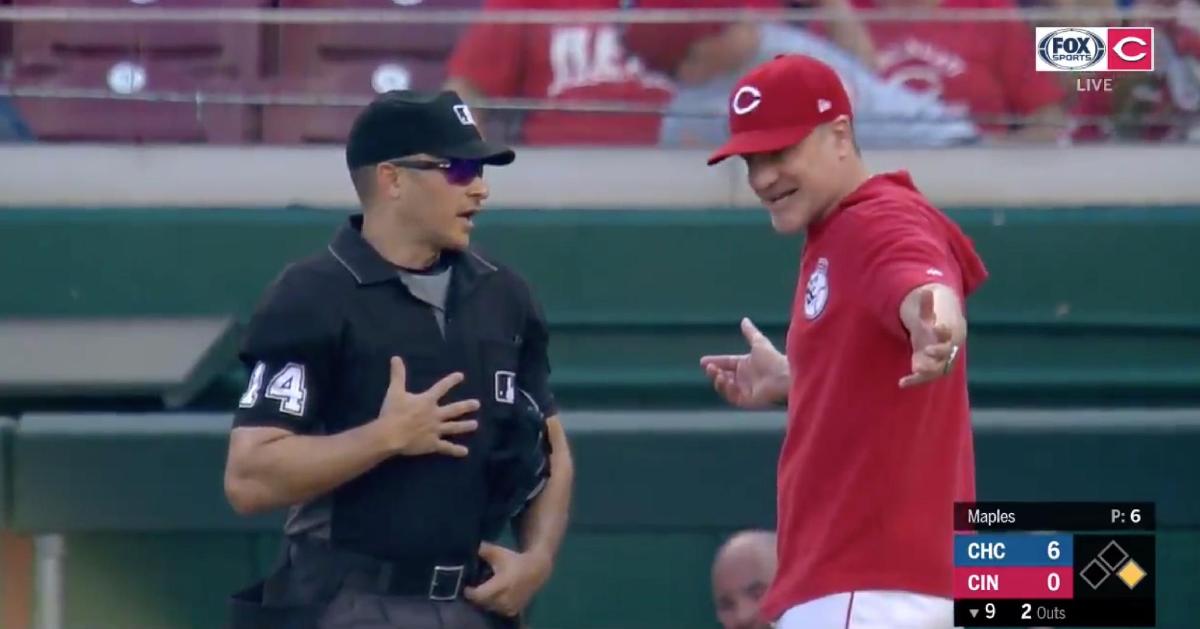 Reds manager David Bell was clearly unhappy about Pedro Strop not getting ejected.

CINCINNATI — When Chicago Cubs reliever Pedro Strop hit Cincinnati Reds right fielder Yasiel Puig with a pitch on a 3-0 count in the bottom of the eighth on Saturday, Puig had to held back by Cubs catcher Willson Contreras when he attempted to charge the mound in a fit of rage. Angry over what he perceived to be an intentional beaning that came with the Cubs boasting a commanding 5-0 lead with two outs in the inning, Puig spouted some rather choice language at Strop after taking first base but was not ejected.

For what it is worth, Strop was not ejected, either, and that must not have sat well with Reds manager David Bell. The benches cleared over the incident, but nothing more than warnings were issued by the crew chief. Therefore, when Cubs reliever Dillon Maples very clearly unintentionally hit a batter with a pitch in the bottom of the ninth, Bell rushed out of the dugout to passionately discuss the situation at hand with the home-plate umpire.

David Bell was ejected from the game in the 9th inning. pic.twitter.com/llOMWW67Ww

Maples was understandably not ejected, and it was doubtful that Bell felt that an ejection of Maples was warranted. However, Bell did have an extended conversation with the umpire, in which Bell's temper gradually boiled over to the point that the skipper was thrown out of the game. The Reds trailed 6-0 with two outs in the ninth and just one runner on base at the time of the ejection, so Bell essentially had nothing to lose. Therefore, he likely used the opportunity to plead his case concerning why Strop should have been tossed in the previous frame.

Following the Reds' 6-0 loss to the Cubs at Great American Ball Park, Bell was asked about what led to him going on the tirade that resulted in his ejection, and he merely told the press that he does not like when his players get hit. When questioned further about the Puig incident, specifically whether or not he thought that Strop's pitch that hit Puig's thigh was intentional, Bell continued to dodge the line of questioning by telling reporters that they would have to ask the Cubs about that. Bell went on to indirectly imply that he considered the beaning of Puig to have likely been carried out intentionally before ending the awkward exchange with the media without saying anything of importance. 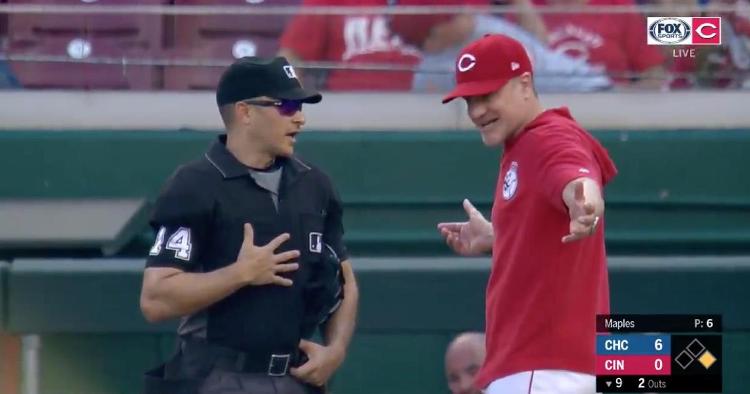 Reds manager David Bell was clearly unhappy about Pedro Strop not getting ejected."

"I don't like when our guys get hit."@Reds manager David Bell shares his thoughts on the confrontation between Yasiel Puig & Pedro Strop and his late-game ejection. pic.twitter.com/YYMN2weH67