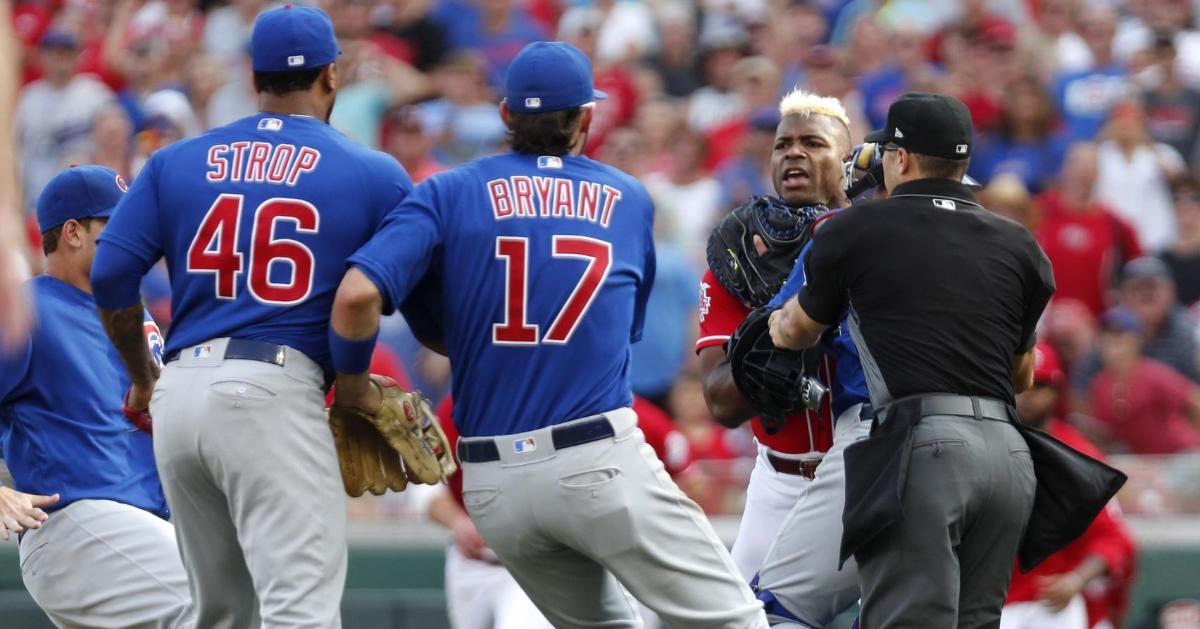 CINCINNATI — Following their 8-6 win over the Chicago Cubs on Sunday, several players from the Cincinnati Reds made "stupid" remarks. The comments themselves were not stupid. Rather, stupidity made up the theme of them. Trolling Cubs reliever Pedro Strop, who called Reds right fielder Yasiel Puig "stupid" after the infamous incident on Saturday involving a suspect hit by pitch from Strop that Puig felt to be intentional, the Reds used their victory in the series finale as an opportunity to get back at Strop.

Reds reliever Amir Garrett, who has a history of generating controversy involving the Cubs, was credited with a hold for his appearance on Sunday, and Garrett told the media when addressing the Cubs, "Look who's stupid now."

The #Reds get the last laugh winning the series vs the #Cubs in a "STUPID" good win @WLWT pic.twitter.com/8xs0gj9trg

Starting on the mound for the Reds was Anthony DeSclafani, and he pitched a 6-inning gem en route to earning the winning decision as part of a victory that he coined "a stupid-good win."

"Just to go out, battle and have a stupid good win is kinda nice."

The Reds' Twitter account even got in the on the ribbing, with a video of Puig scoring a run containing a caption that referred to it as a "stupid run." A GIF of Puig celebrating at the plate after scoring accompanied a tongue-in-cheek tweet sent out by the Reds following the game that alluded to the Reds' three straight series wins versus the Cubs as "a pretty smart plan."

Look at this stupid run. pic.twitter.com/IeC1NupAPo