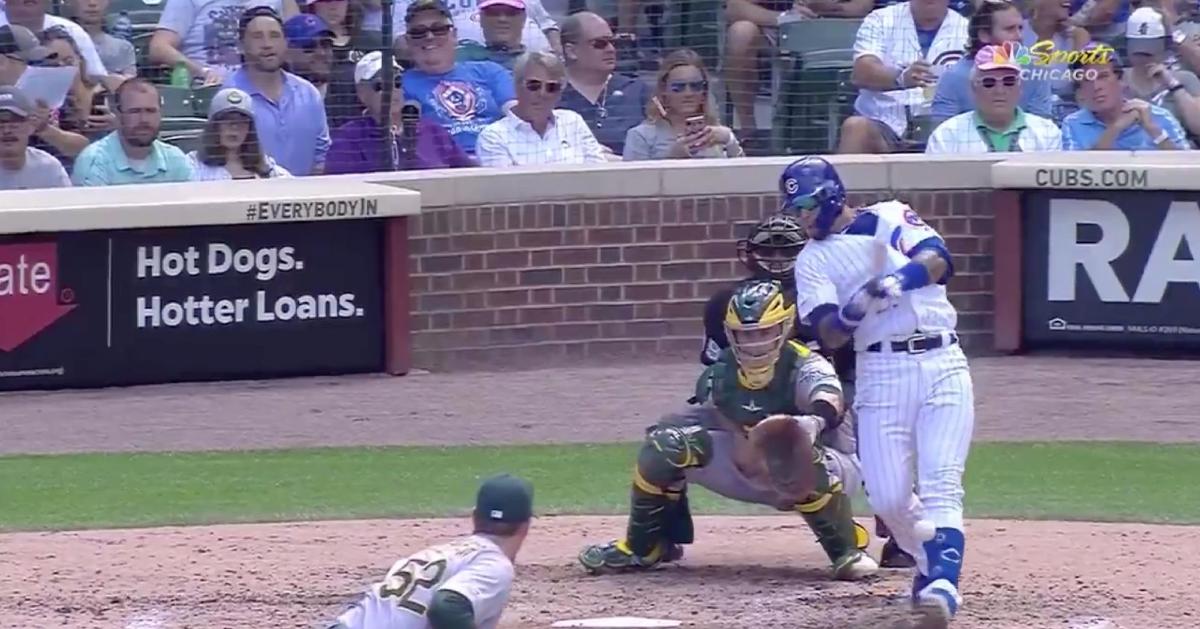 Javier Baez was briefly in serious pain after fouling a pitch into his shin guard, but the ailment could have been a lot worse.

CHICAGO — The benefit of shin guards in baseball was put on full display late in the Chicago Cubs' contest with the Oakland Athletics on Wednesday. In the bottom of the seventh at Wrigley Field, Cubs shortstop Javier Baez fouled a pitch directly into the shin guard on his right leg and briefly writhed in pain on the ground.

Thankfully, Baez was able to shake off the pain and finish the at-bat, which resulted in a double-play groundout that ended the inning. Prior to the top of the eighth, Baez was removed from the game for precautionary reasons, as the Cubs were leading 9-1 at the time. David Bote replaced Baez at shortstop.

Cubs manager Joe Maddon took Baez out simply because there was no reason to force his star middle infielder to play through pain in a blowout. If not for the presence of the shin guard, though, Baez's ailment could have come with long-term ramifications.

Thankfully it sounds like Javy Baez escaped any kind of serious injury on this foul ball. Looks quite painful. pic.twitter.com/dEkFKCxmqy