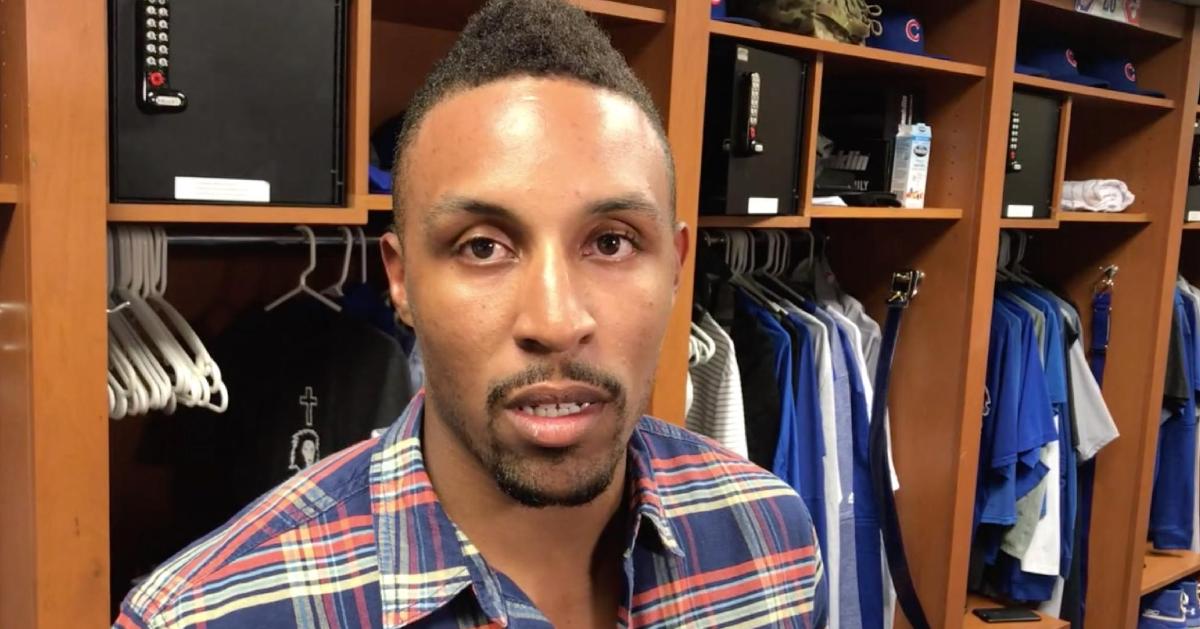 Tony Kemp was admirably calm while discussing a blatantly incorrect strike-three call that came at his expense.

PHILADELPHIA — In a critical pinch-hitting situation, Chicago Cubs utility man Tony Kemp was rung up on a suspect strike-three call in the top of the ninth on Tuesday. With a man on first, no outs and the Cubs trailing the Philadelphia Phillies 4-2 at Citizens Bank Park, Kemp was called out after looking at a pitch thrown by Phillies reliever Hector Neris that was obviously high and outside.

Kemp was in disbelief after home-plate umpire Marty Foster called the fastball in question a strike, but he maintained his composure when calmly arguing the call. That composure carried over into Kemp's postgame media session, when he replied that "everybody makes mistakes" after being asked about the brutal call, which led to a 4-2 loss for the Cubs. On Twitter, Kemp was quite subdued, too, as he retweeted a video of the strikeout with a comment that simply implied that he was disappointed in the call.

As my mom used to say, “I’m not mad, just very disappointed.”?? https://t.co/kVQiql9QUt

Interestingly, Foster is the same umpire that famously issued perhaps the worst game-ending strike call in the history of Major League Baseball in a game involving current Cubs manager Joe Maddon's Tampa Bay Rays in 2013. With current Cubs utility man Ben Zobrist batting for the Rays and the Rays trailing the Texas Rangers by one run in the top of the ninth, Rangers closer Joe Nathan, who briefly pitched for the Cubs in 2016, received the benefit of the doubt on an indefensible strike call that earned him his 300th career save and sent Maddon and Zobrist into a furor.