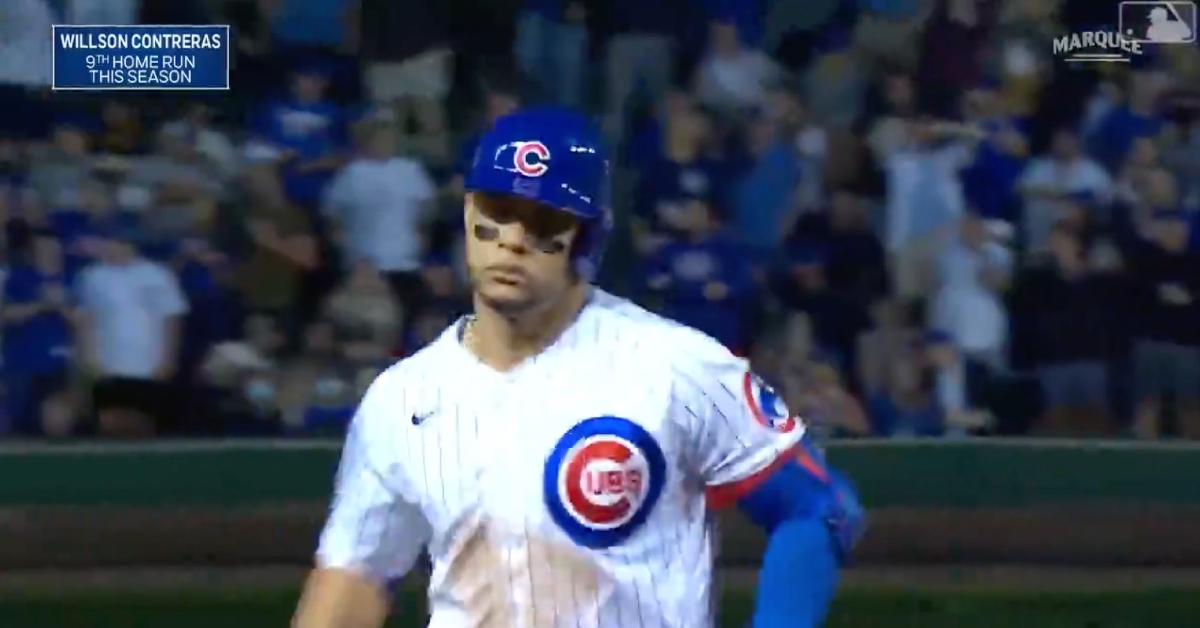 At the time of Willson Contreras' two-run homer, all 11 of the Cubs' runs in their series versus the Padres had come via seven dingers.

CHICAGO — Clobbering a 92.5-mph sinker 445 feet and sending it out to center field, Chicago Cubs catcher Willson Contreras hammered an epic two-run jack on Tuesday night. The go-ahead 445-footer was scorched off the bat at 110.9 mph, putting the Cubs up 4-3 in the fifth inning.

Contreras went yard after starter Kyle Hendricks laid down a bunt and reached base due to a fielder's choice bunt. Hendricks was plated by Contreras' ninth long ball of the year, which sent shockwaves through Wrigley Field as it was barreled off the bat.

Leaving the yard at 26 degrees, the two-run homer, which increased Contreras' RBI total to 24, was given up by starter Ryan Weathers. Cubs third baseman Patrick Wisdom hit a two-run shot of his own earlier in Tuesday's game. The home run by Contreras marked the seventh round-tripper of the series, as the North Siders swatted five taters in Monday's series opener.