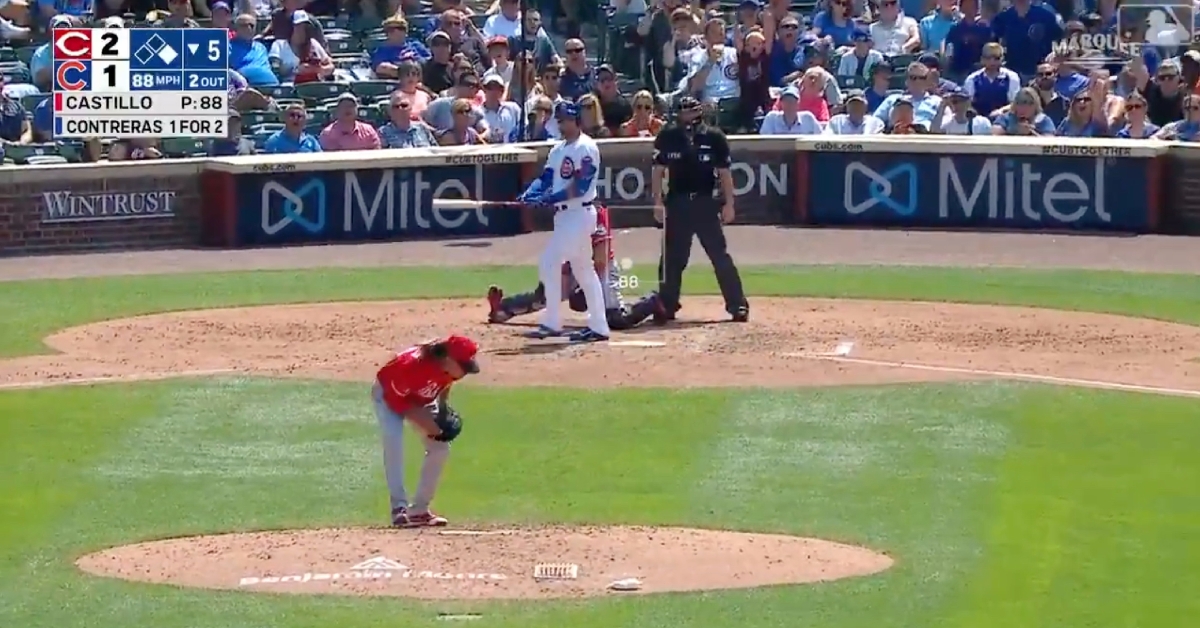 Willson Contreras, who now has 37 RBIs on the year, knew his two-run shot was gone as soon as he hit it.

CHICAGO — Cincinnati Reds starter Luis Castillo crouched down in disgust as soon as Chicago Cubs catcher Willson Contreras made contact on the 87.9-mph slider he threw in the fifth inning on Thursday. Sending a no-doubter out to straightaway center field, Contreras gave the Cubs a 3-2 lead via a two-run bomb that bounced off the top of the batter's eye.

The monstrous 464-foot shot, marking Contreras' longest dinger of the Statcast era, came with two outs in the bottom of the fifth at Wrigley Field. Contreras lingered in the batter's box and eyeballed the impressive blast, causing Castillo to bark at him. Center fielder Rafael Ortega was plated by the homer after drawing a two-out walk. The long ball was scorched off the bat at 112.9 mph and 25 degrees.

Contreras' 17th home run of the year, the go-ahead round-tripper moved Contreras ahead of third baseman Patrick Wisdom, who started at first base on the day and hit his 16th tater of the season in the previous inning. Contreras is now third in homers on the Cubs' roster and leads all National League catchers in dingers.

After giving up a monster home run to Willson Contreras, Luis Castillo barks at Willson for admiring the HR & stares down the Cubs dugout after the inning is over. #Cubs