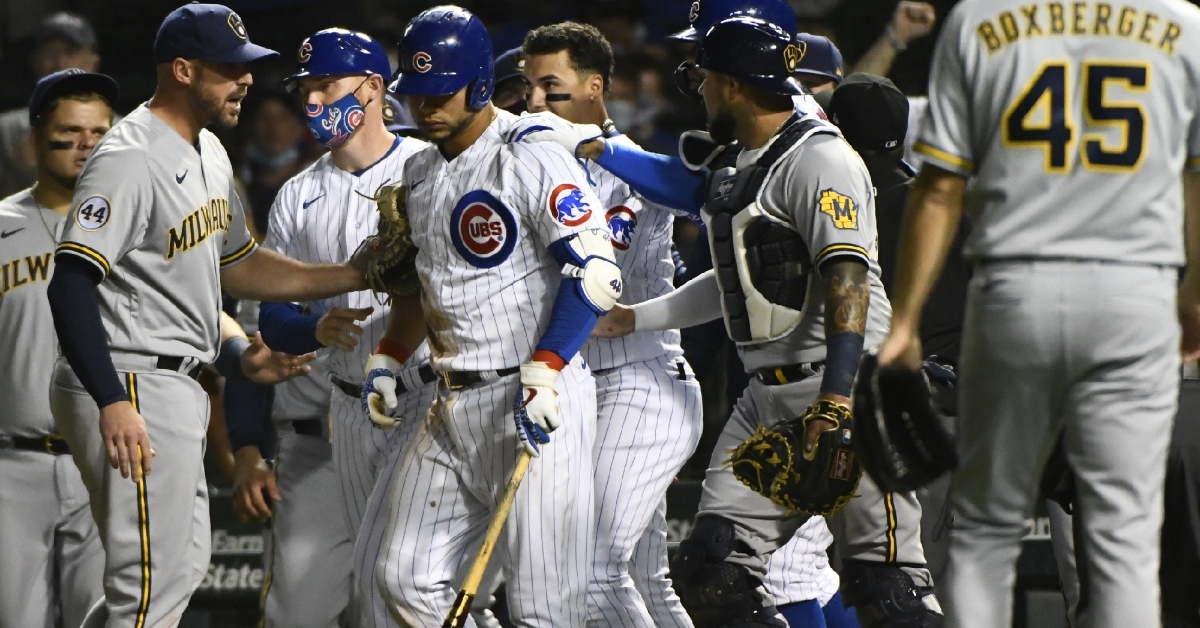 Willson Contreras was fined for causing the benches to empty at Wrigley Field on Tuesday. (Credit: Matt Marton-USA TODAY Sports)

CHICAGO — A heated moment that caused the benches to clear in Tuesday's clash between the Chicago Cubs and the Milwaukee Brewers resulted in Cubs catcher Willson Contreras getting fined by MLB for violating COVID-19 protocol. Contreras was irate after a pitch hit him for the second time in the series, and he let Brewers reliever Brad Boxberger, who plunked him, hear about it.

Contreras walked toward the mound before being stopped as both benches at Wrigley Field briefly emptied as part of a benign brouhaha. As a result of the incident, Contreras was fined $7,500 by MLB, which he revealed to the media on Sunday.

MLB has cracked down on fracases in the midst of the pandemic in order to discourage large groups of players from congregating, and Contreras paid the price for inciting a fracas, despite how mild and short-lived it was.