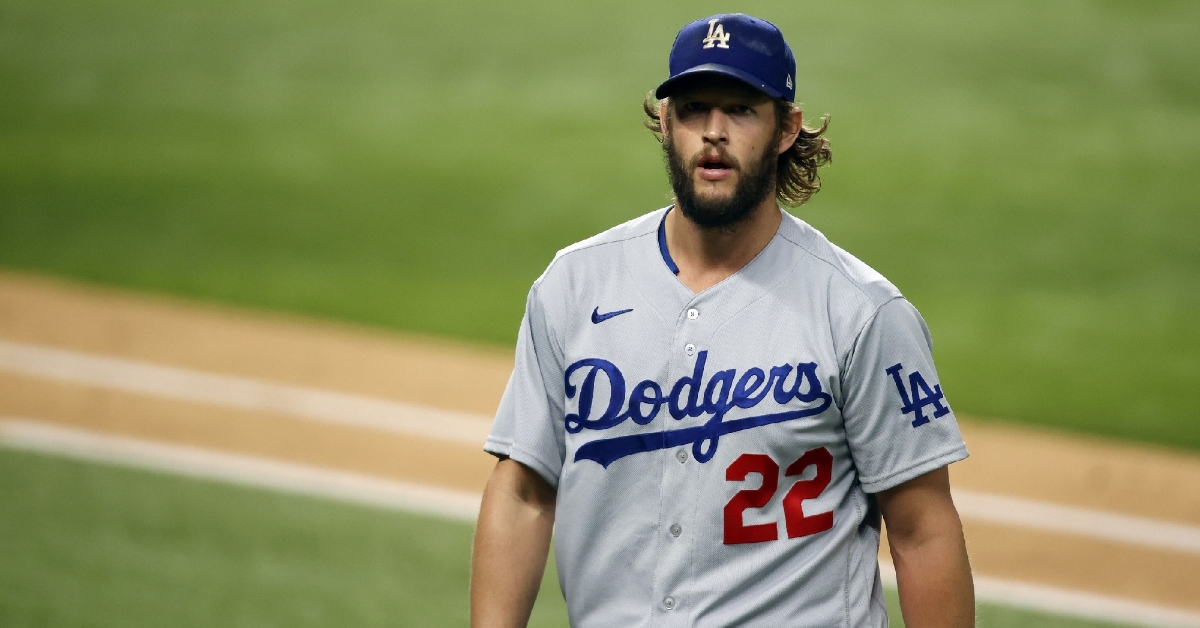 In the fall of 2020, Clayton Kershaw and the Dodgers won their first title since the 1980s. On Thursday, Kershaw made some comments about the way the game is trending that targeted organizations like the Cubs and rang the bells of Cubs fans everywhere.

Kershaw has been on the Dodgers his entire career — a team that has consistently pulled out all of the stops to win. For all of Kershaw’s career, the Dodgers have been near the top in baseball in payroll. While the future Hall of Famer has played for a team that has tried desperately to get him his World Series — Kershaw has noticed how the game has been trending in terms of tanking and rebuilding and the frustration that those organizations cause fans.

“So, yeah, for every Astros or Cubs story, there’s going to be 10 other teams that don’t win, and they’re just going to have to do it all over again,” Kershaw said about rebuilding culture to the LA Times. “And how, as a fanbase, can you accept that? The whole rebuild, don’t spend money for a few years, get a bunch of draft picks, and try to do it. It’s tired. Every team does it now. Every team. They need to be more creative, figure something out.”

Kershaw is right, through. The 2016 Chicago Cubs and the 2017 Houston Astros are the rare exceptions to the rebuilding trend. Typically we see these teams struggle for roughly five years, get good for a few years, and repeat the process if that team doesn’t win the title. It makes sense when you see teams like the Astros or the Rangers try it — but seeing a big market Chicago Cubs team do it twice in a decade is the problem with the league.

There’s a reason why the Tampa Bay Rays and Oakland A’s are both constantly good despite not rebuilding or spending top dollar. But at the end of the day, Kershaw is especially frustrated — like Cubs fans — with the way the Northsiders are trending.

“There’s a lot of smart guys in front offices. Figure something out that’s easier to do than trading away a [star],” he said. “Just, for example, a potential Cy Young [Award Winner] in [Yu] Darvish, has been one of the top five pitchers in baseball for a year and a half, for prospects that could potentially be good but they’re 17, 18 years old. And [Zach] Davies is a great pitcher, but to me, that’s just not…For the Chicago Cubs to do that, it’s not good. It’s just not good.”

And Kershaw is right. Five years ago, the Cubs clubbed three homers off of Kershaw to win game 6 of the 2016 NLCS to punch their ticket to the World Series — a title they eventually won. But here we are, five years later, and the Cubs are going through their rebuild process once again — while the Los Angelos Dodgers are still a top team in the league, fresh off a World Series championship and putting all of their resources into winning again and again.

It’s frustrating for Cubs fans. On the one hand, the Cubs will gladly take the World Series championship that took over 100 years to win. But at the same time, once you get that taste of success, it is hard to slip back into mediocrity and rebuild and accept that as a fanbase. Especially since we know the process of rebuilding is not guaranteed for success, in fact, the Cubs’ success is an outlier.

At the end of the day, the Cubs have struggled in multiple facets like drafting and developing pitchers and growing their hitters at a major league level. The Dodgers are not throwing money at problems but rather supplementing a team that is loaded with young talent at the professional and minor league level.

For the Cubs, Kershaw’s words should help the organization know what they’re striving for — sustained success that Theo Epstein and Jed Hoyer promised, but the Dodgers have experienced.