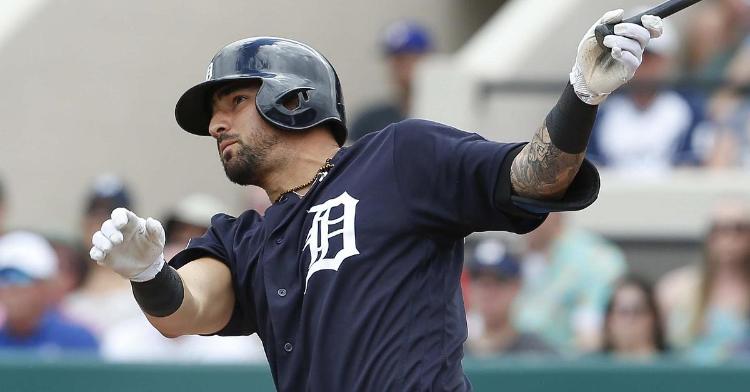 Ahead of Wednesday’s hard trade deadline, the Cubs hadn’t made much noise in terms of moves or even potential moves.

The Cubs had made it clear that even over the winter the budget was extremely tight, only freeing up money to make their big splash in signing Craig Kimbrel with money saved from Ben Zobrist taking an unpaid leave of absence to adhere to his unfortunate divorce proceedings.

The Cubs seemed to be in the market for cheap, and low-risk high reward type moves that all rendered cash in return. The team flipped recently acquired catcher Martin Maldonado for a versatile speed guy from the Astros in Tony Kemp, along with acquiring Derek Holland from the Giants and David Phelps from the BlueJays for nothing more than a single prospect, Thomas Hatch.

The asking price for a Nicholas Castellanos or a Whit Merrifield seemed astronomical to the thrift shopping Cubs, so they looked elsewhere, while Cubs fans were waiting for and wanting a splash.

As the clock ticked and the deadline approached, the Cubs watched the Brewers flip prospects for Drew Pomeranz. The Crew’s most significant move was trading away Cubs killer Jesus Aguilar to the Rays for righty Jake Faria. Meanwhile, the Cardinals only traded away Jedd Gyorko.

Watching their rival counterparts do nothing of threat at the deadline, Theo knew it was time to get creative and hopefully throw his team over the hump.

Around 2:50 central time, moments away from the Detroit Tigers gametime, reporter Anthony Fenech was updating his twitter following of Castellanos’ status. The first of his updates showed Castellanos was in Detroit’s lineup, the next saying that he was dressed in full uniform with only one minute until the deadline.

With one minute remaining before the trade deadline, Nick Castellanos has entered the Tigers dugout in uniform, where his name remains on the lineup card posted on the dugout wall.

Meanwhile, Bruce Levine reported that the Cubs almost completed the deal with Detroit, for a minor league catcher. However, David Kaplan suggested money was the biggest obstacle in the Cubs’ way.

At one point Cubs and Detroit were close to dealing Nick Castellanos for minor league catcher Jhonny Pereda .

Then as the deadline expired and fans desperately waited for a deal to be announced, Anthony Fenech dropped a bomb, saying that Castellanos had been replaced on the on-deck circle.

Nick Castellanos is no longer in the Tigers dugout and Jordy Mercer has stepped on-deck, where Castellanos was hitting.

As various deals began to trickle in, Aaron Sanchez and Zach Greinke to the Astros, Mike Leake to the Diamondbacks, it was announced by Ken Rosenthal on MLB Network that Nicholas Castellanos was coming to the Cubs for two minor leaguers Alex Lange and Paul Richan and $500,000.

That 500k was all the Cubs needed to be able to squeeze Nicholas Castellanos and his 2.5 million in dollar contract on to the budget, with Tom Rickets’ budget budging a bit with the potential of a division crown in view.

The Cubs just got the deal done in time as well. With Theo Epstein and Jed Hoyer securing the deal that they hope puts their team over the hump toward a championship just 40 seconds before the 3 pm central time deadline.

Theo and co. are not to be doubted, especially since they closed this deal at the buzzer against all the odds and with the pressure of a deadline. The Cubs’ front office has addressed to some degree every issue the Cubs have had this season, with the leadoff man being the exception.

Jason Heyward was the fifth man in the last ten days to audition for that spot and hopefully the last, but with Ian Happ back and Ben Zobrist’s return planned- it seems like that leadoff spot may get resolved from within after all.

Meanwhile, Theo signed a big name closer in Craig Kimbrel. He has went after and then traded a backup catcher in Maldonado. Brought up Ian Happ, sent down Addison Russell and put Daniel Descalso on the injured list and acquired both left-handed and right-handed relief help while dumping the struggling Mike Montgomery and Carl Edwards Jr. Looked for defensive depth and speed in Tony Kemp and a right-handed hitter that mashes lefties in Nicholas Castellanos.

That seems to be every hole the Cubs have had addressed on paper. Now it’s up to the players to save Joe Maddon’s job, please the fans and make Theo Epstein look like the genius he is.