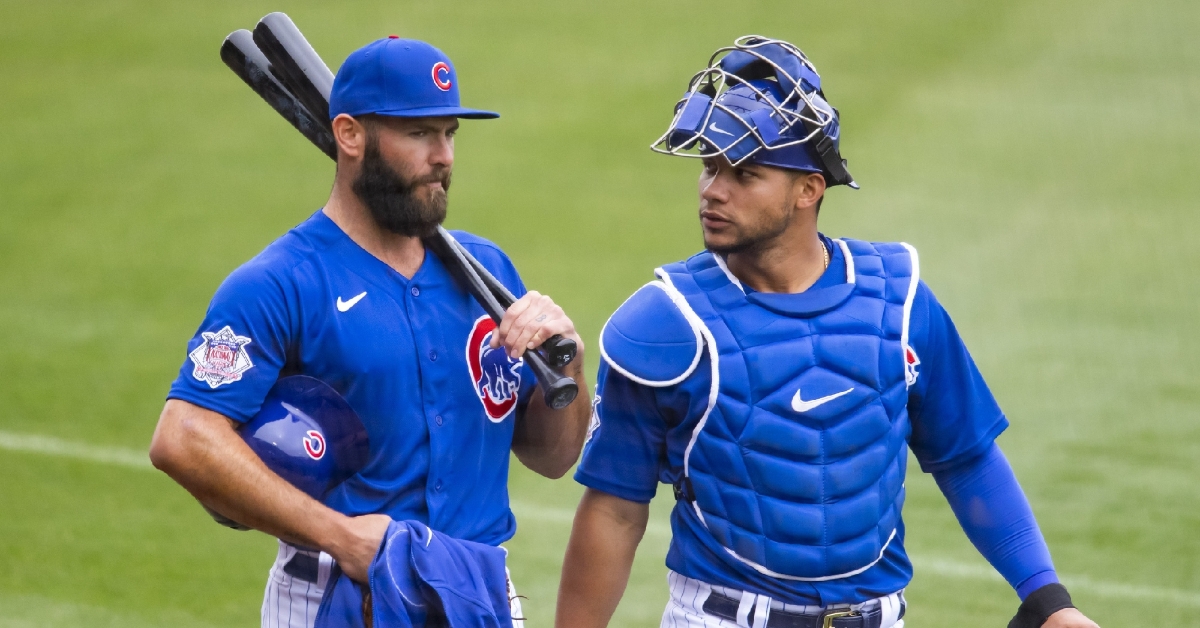 For just the second time this spring, the Cubs have lost back-to-back games falling to the Southsiders 3-1 on Tuesday. If there two spring games, indicate how things will go this summer when they meet; get ready for some intense baseball.

In a matchup of former Cy Young winners on the hill, Jake Arrieta took the ball against Dallas Kuechel. Not only did both pitch exceptionally well, but both appeared to be in Cy young form once again, with Arrieta allowing just one run in 5 2/3 innings of work with Kuechel allowing no runs in his four innings of work. Kuechel was impressive as he entered the start with a 13.50 ERA.

Not the power pitcher he once was, Arrieta is learning how to pitch more to contact, and the results have been promising thus far. Arrieta didn't walk a batter for the second straight start and lowered his ERA to just 2.40 this spring. His lone blemish was in the top of the second when he yielded an RBI single to Adam Eaton, giving the White Sox the 1-0 lead.

Held in check through four innings, flame-throwing lefty Garrett Crochet entered the game in the fifth looking to stymie the Cubs bats once again. Crochet was impressive as a rookie, and that has continued this spring, but it was Jason Heyward greeting him with a ground-rule double to set the Cubs offense up. A few pitches later saw Nico Hoerner end his RBI less streak as his single tied things up 1-1.

Now faced with a battle of the bullpens, the Cubs deployed Manuel Rodriguez, Shelby Miller, and Andrew Chafin to go against Michael Foster, Arron Bummer, and Chad Heuer. The White Sox had a golden opportunity to take the lead in the seventh off a pair of Miller walks, but he was able to pitch out of trouble to keep the game tied 1-1.

However, Chicago wasn't so lucky in the eighth inning as Chafin allowed two hits in his inning of work. The second proved to be the game-winning run as the Luis Robert RBI single made things 2-1 in favor of the Sox. Needing a run to at worst tie things up, Hoerner took matters into his own hands leading off the bottom of the eighth with a triple. Unfortunately, he could not come around and score as Heuer struck out Jake Marisnick, Matt Duffy, and Jose Lobaton to end the inning.

With Pedro Strop on the bump again in the ninth, the White Sox picked up a huge insurance run as Danny Mendick took a hanging changeup and deposited it to deep left field for the 3-1 advantage. Down to their final outs, Jose Ruiz was next up in relief, looking to finish things off. After retiring both Ilderamo Vargas and Patrick Wisdom to start the frame, Rafael Ortega gave the Cubs some life as his double kept things alive for Chicago. Unfortunately, that was as close as Ortega would get as Andy Weber flew out to end the game.

With the loss, the Cubs fall to 12-7-3 on the spring and hit the road to take on Seattle tomorrow night.

The Cubs of old showed up at the wrong time

For the most part this spring, the Cubs offense has looked good as they have cut down on strikeouts and have emphasized contact. While that has been the case all spring, the ending of Tuesday's game was an all too familiar feeling.

One of the biggest knocks against this offense has been their inability to get runners in scoring position home with less than two outs. That was once again the case in the eighth inning when Hoerner led off the inning with a triple. All it would take for him to score was a fly ball or a groundout, and instead, the Cubs struck out three straight times. That is something this team has done far too often, and something fans were hoping wouldn't happen this season.

Although this version of Jake Arrieta isn't the Cy Young version from five years ago, he still looks like the Arrieta of old on the mound. What I mean by that is, not only has his command been sharp this spring, but he is minimizing damage and finding ways to get guys out.

So far this spring, that has come from ground balls more so than strikeouts, as his sinker has been impressive so far. When Arrieta signed with the Cubs, many fans were happy but didn't understand the signing. After all, he was coming off three rough seasons with the Phillies, where he battled lots of injuries at that same time.

Now that he appears healthy once again, Arrieta may bring something more to the table than anyone expected. No one is asking him to win 20 games again, but even a 12-14 game-winner this season would be a massive win for this team. I know it is early, but from the looks of things this spring, he appears ready to deliver big things this year.

Just like the Arrieta signing, the Joc Pederson signing was met with mixed reviews considering he has been primarily a platoon player most of his career. Through the first two weeks of spring, not only was Pederson out to show he is an everyday player, but he was crushing the ball, delivering five homers and 10 RBI's.

Since then, Pederson has struggled as his average has fallen from 500 to 342. While 342 is still great, when you are hitting just a 150 with one RBI, following a strong start does cause some concern. Pederson is not only looking to show he can play every day but is looking to prove he can hit lefties consistently.

His recent struggles are concerning in terms of how he started the spring, but they are coming at the perfect time. He can use the rest of spring to figure things out and refocus on what everyone hopes is a special season for him.