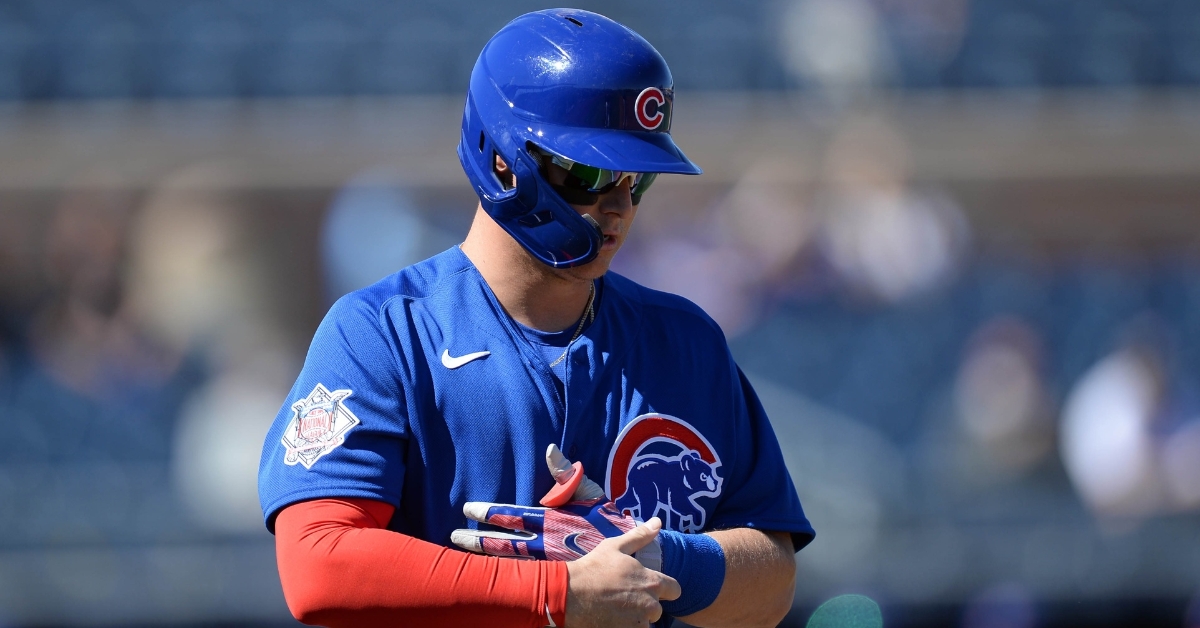 A season filled with optimism and lots of question marks is now at center stage as baseball finally has returned.

Opening up the Cactus league schedule was the San Diego Padres as the Cubs took to the road for game one. Viewed as one of the favorites in the National League this year, the Padres pegged Chris Paddock against Kyle Hendricks in what will hopefully be a postseason meeting down the road.

Known for offense in the spring, the Cubs needed just one run on two hits to pick up the victory, with P.J. Higgins picking up an RBI groundout in the fifth inning. That was the only run the Cubs needed as they picked up the 1-0 victory.

Here are some takeaways from the game:

Pitching looked good: A lot of talk was made about the state of the Cubs pitching this offseason, both in the rotation and in the pen. After trading Yu Darvish to the Padres in December, the Cubs were only left with Hendricks who is going to be the ace in 2021. After a rough first inning command-wise, Hendricks settled down in the second, striking out a pair of hitters to end his scoreless outing. Look for him to continue to be stretched out as he is aligned for opening day.

The rest of the pitchers we saw were mostly non-roster invitees looking to make the team in 2021. Shelby Miller, Rex Brothers and Tyson Miller all saw big league time in 2020 and are expected to contribute this season. Miller had a shaky sixth but managed to get out of things without any damage. Miller is going to continue to be the one to watch this spring as he looked pretty good in his first outing of the spring.

New-look offense same issue: I know it is only one game, but the Cubs offense didn’t look good today. That was the biggest issue last season as the team couldn’t hit offensively. Today, that was another concern as the team managed just one run on two hits. Not only is that an all too familiar feeling, but it concerns when you look at how the ball flies out of Arizona.

Cubs play some small ball to get on the board in the 5th inning:

As the team gets further into spring, it will be interesting to see what David Ross does with his lineups and who he will be trusting more than others. There were too many strikeouts early and just the inability to hit the ball in situational spots when it matters. That is something that has plagued this team for three years now and if it continues this season the Cubs are going to be in for another similar season.

3. AHHH, the sweet sound of fans: It wasn’t a sellout, it wasn’t even half full, but there were fans in the ballpark which was a pleasant sight to see. Not every venue has given the ok for fans this spring, but the ones that have are allowing up to 20-25% capacity or roughly 2500 people.

After not having fans in the ballpark last season, seeing any amount of people was a sight to see, and the fans came up huge. When Javier Baez recorded his first hit of the spring, you could hear the fans. They were loud, they were happy, and it sounded like way more than 2000 on hand. This is certainly something to watch as the season progresses. The more shots we have the more fans we can get which will play a pivotal role in how some players perform during the season. Guys like Rizzo, Contreras, and Baez have always thrived off fans, and getting them back would be amazing.

The Cubs will return to the diamond tomorrow for their first of 14 home games as they will take on the Kansas City Royals at Sloan Park. Adbert Alzolay will get the start as he is eyeing the No. 5 starter spot.

Just like today, first pitch is set for 2:15 CT and yes, there will be fans in the ballpark, approximately 3000. This will be the first of the Cubs' 14 televised Spring games, with the Marquee Network handling the call.

Look for guys like Kris Bryant, Ian Happ, and others to make their Spring debuts as Fans get to watch this team in person for the first time in nearly a year.

P.J Higgins with the only RBI in the game. pic.twitter.com/BSj9CbioB1