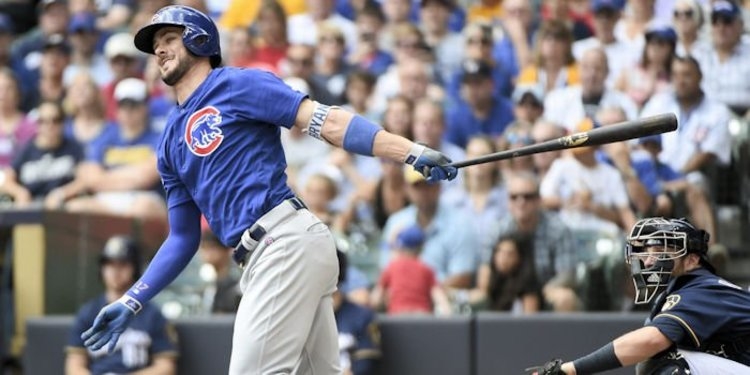 I wanted to take time to reflect on the last decade and look at just how much the Cubs as a franchise has changed over time. From the label of lovable losers to a team that everyone looked at world series contenders the past ten years has undoubtedly been a roller coaster ride, and I wouldn’t have had it any other way.

Of course, things were not always the easiest at times as we said goodbye to some fan favorites (Kerry Wood), Alfonso Soriano, Starlin Castro, and Aramis Ramirez, among others. However, they were able to draft well and build a team with new fan favorites that helped us bring home a title for the first time in over a century.

Speaking of drafting, the Cubs have hit their fair share of home runs in the past decade, but have also had their fair share of busts as well. Today, we focus on an article more so about the NL Central, but also about the Cubs and how it altered their history during the past decade. Here is who I think has been the top prospects of the last decade in the NL Central and how they affected the Cubs in the process.

Chicago Cubs: KRIS BRYANT: Ian Happ, Kyle Schwarber, Javier Baez, and Bryant were all highly touted prospects, and all have seen great results on the major league level. However, Bryant takes the cake as the Cubs' best prospect of the decade as he was simply a home run.

Take No. 2 overall back in 2013, and everyone knew the potential of the Golden Spikes Award winner who out homered 223 of 296 programs by himself in his senior year of college. That production allowed him to land NO. 9 on the top 100 list his rookie season as he continued to do damage in the minors. Not only was he the Arizona Fall League MVP in 13, but he mashed 43 homers in 2014 Earning minor League player of the year in just his first pro season.

That earned a callup in 2015 two weeks after the season got underway where he took home rookie of the year honors that season. 15 was followed up by his career year in 2016 in which Bryant hammered 39 HRS to go with 103 RBIs earning NL MVP honors and a world series title that season. No player in baseball history was able to put that type of four year run together, and that is something we may never see again.

Impact on Cubs: Although other players were selected before him, Bryant appeared to be the first piece of the Core puzzle to change the future of Chicago as he arrived on the North Side in 15 a little after Baez and Jorge Soler made their debuts. Mixed with Russell and Schwarber over the next two seasons, Bryant quickly became part of the Cubs core with Anthony Rizzo as they brought the Cubs to new heights. A world series title erased the lovable loser montage forever, and the rest is history.

Cincinnati Reds: RP AROLDIS CHAPMAN: Chapman was the best Reds prospect in quite some time in Cincinnati as he topped their list in early 2011. From that point on, he quickly established himself as one of the most dominating relievers of all time. The large and lengthy left-hander wowed fans from the first time he took the big-league mound, touching triple-digit heaters like he has been doing since a kid and even setting the MLB record by hitting 105 back in 2013.

Since making his big-league debut in 2010, the Cuban defector has not only made six all start teams but has recorded 30 saves in seven of those nine seasons. He also went on to earn the AL relief pitcher of the year award this past season, which is no easy feat.

How does he affect the Cubs? Well, this is a no brainier. Had the Cubs not traded for him in 2016, who knows if they go on to win the world series that year. From the moment he took the mound at Wrigley as a member of the Cubs, there was a buzz around the ballpark that you could feel. Yes, he had his up and down moments in the playoffs, but he put the team on his back in game five of the world series recording eight outs to send things back to

Cleveland. The rest is history.

Milwaukee Brewers; CF LORENZO CAIN: This is a player who has been around for a long time, taken way back in 2004 in the 17th round by the Brewers. It took Cain quite a while to reach the majors, however, not cracking the show until 2010, where he was shipped off to Kansas City for Zach Grienke later that offseason. That proved to be a blessing in disguise for Cain as he showed steady improvement each year in Kansas City before winning the World Series with the Royals in 2015.

Once he finished up his playing days with the Royals, Cain inked a four-year deal to return to the Brewers before the 2018 season. Milwaukee couldn’t have been happier to have him back as he has given them gold glove center field defense and has continued to be the spark in front of Christian Yelich in the Brewers lineup that has led them to back to back postseason appearances.

Impact on Cubs: I know this will be a painful memory, but it was the Cain Single in the top of the 8th inning of game 163 that put the Brewers in front for good and eventually handed then the NL Central title that year. That was also the game that signaled the beginning of the end for Joe Maddon as the Cubs couldn’t recover from that meltdown.

Pittsburgh Pirates: GERRIT COLE: Drafted number 1 overall by the Pirates in 2011, Cole was on the fast track to the Majors as he changed the Pirates fortunes of the franchise I short time later. The Cole we have seen with Houston as of late was not the same one the Pirates enjoyed, but he was a solidified ace none the less for the men in black and yellow.

In just two seasons, Cole not only rose to No. 9 on the top 100 prospect list but made his way to the majors where he became the ace of the Pirates staff, helping them end 16 straight losing seasons with three consecutive postseason berths from 2013-15. Although none of those years resulted in a playoff series win, the Pirates haven’t returned to the promise land since 2015 as they are back to the basement of the division.

Impact on Cubs: It was the wild card game in 2015 that set the Cubs up for their title run the next season. On the mound for Chicago was Cy young winner

Jake Arrieta against Pirates ace Cole, who had a ton of success against Chicago during the season. All it took was a first-inning bloop double from Kyle Schwarber to get the Cubs on the board before he mashed one into the river two innings later for the 3-0 lead. That was more than enough for Arrieta and company to cruise 5-0 for their first playoff series victory since 2003. It was also the beginning of the end for Cole in Pittsburgh as injuries affected his play the next few years before his trade to Houston.

St. Louis Cardinals: MATT CARPENTER: The former 1B now 3B out of TCU, Carpenter has been a cub killer for a long time as it seems like he has been in a Cardinals uniform forever. That indeed is the case as Carpenter was taken in the 13th round of the 2009 draft and has been with the organization ever since. His rise to stardom was fast, making it to the MLB in 2011 before becoming an everyday player in 2012. Yes, his numbers declined a bit this season, but he has put together some strong games over the last decade, breaking the hearts of Cubs fans in the process.

Ties to Cubs: Well, with Carpenter, there are so many that sometimes I didn’t know where to begin. From being Jake Arrieta’s teammate in college to his historical series at Wrigley Field in 2018, the moments Carpenter has delivered against the Cubs comes in bunches. Perhaps the biggest moment of all happened this past September as he helped anchor the comeback in game three of what ended up being a four-game weekend sweep of the Cubs at Wrigley.

It was in that series that not only were the Cubs eliminated from division contention, but sent the Cubs in a tailspin where they lost nine games in a row before taking two of three from the red birds down the stretch. Had that sweep not happened, who knows what would have happened the last two weeks of the season, but it is safe to say Carpenter and co. ended the Cubs playoff reign in four days.