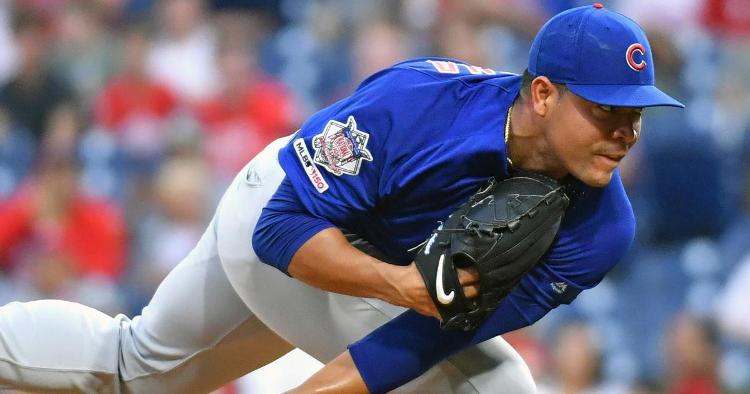 The Cubs surprised many of us by picking Jose Quintana to start game two against the Pirates. Not only was this his first start of the season, but it was just his third outing as injuries have hampered him in 2020. Coming into the game, Quintana was said to be on a 40-pitch limit, but he threw only 31 pitches last night across two innings before getting pulled.

Relieving Quintana was Adbert Alzolay, who performed what I liked to call a piggyback role last night. Alzolay was impressive, allowing one run in four innings of work while striking out seven. His two walks were also a pleasant sign as he pitched by far his best outing in 2020 and maybe his best outing since his MLB debut last year.

The Cubs have been fortunate to avoid any significant starting rotation injuries outside of Quintana and Tyler Chatwood. They have been able to ride with four starters for most of the last two weeks. They needed another starter last night, and there is a good chance that these two could fill similar roles on Sunday as they would be slated to pitch the final game of the regular season.

While that does seem highly likely, what is the plan for them as we get near the postseason?

Starting with Quintana, there is no secret that the Cubs want him to play in the postseason. The question remains what his role will be.

Quintana is in the final year of his contract and was slated to be the teams No. 5 starter coming out of spring. However, a freak injury to his finger while washing dishes forced him to have surgery and kept him out of action for nearly two months. Quintana made a brief return appearing in two games to relieve Tyler Chatwood, tossing six innings each time before an oblique injury sidelined him again. Now healthy once again, what is the Cubs outlook for 'Q' the rest of the way.

For the season, Quintana has appeared in three games posting a 5.63 ERA in eight innings. His command, however, has been impressive, walking two men as opposed to 10 punchouts. With the Cubs officially in the postseason, they can now begin to put their pitching pieces together for how they want to do things.

The wild card round will be a best of three, meaning the Cubs only need three starters for that series. Chicago will not use Q as a starter in that series, so look for him to be a bullpen option for that series. Should the Cubs advance the postseason the rest of the way, it will be a nontraditional postseason. Instead of carrying four starters, teams will now need five as there will be no days off.

That leaves the possibility of Quintana being the fifth starter come the postseason. As much as I would love for Quintana to pitch out of the pen, giving the Cubs the lefty they lack, with no Chatwood and no days off once you reach the NLDS, the Cubs will need five starters on the roster, and Quintana does have postseason experience. He isn't going to have a long leash given his lack of work this season, but they will need his arm at some point.

Alzolay, on the other hand, is a mystery, especially after his performance last night. For a team that has struggled to mold any consistent home grown major league starters, Alzolay is the most MLB ready arm at this point. He has had his moments as a Cub pitching in eight games, including five starts in which he has gone 1-2 with a 5.02 ERA. That does include a 3.31 ERA this season. The problem with him has always been his command as he has 11 walks and 21 strikeouts this season and 20 walks and 34 punchouts across his MLB career.

Alzolay has shown signs of promise just like he did in his MLB debut last season and his first start against St. Louis this year, but nothing can top the way he looked last night. In relief of Quintana, Alzolay was downright impressive, allowing one run in four innings. What stood out to me was his command walking two hitters and striking out a career-high seven. Not only did he have the fastball command, but his slider was lights out last night and gave the Cubs a glimpse of his great stuff.

Since he is still young, and the Cubs have been cautious about how they use him this season, do not expect him to be making a start this postseason. That is too much pressure to put on him, and he has not handled tough situations too well. However, if he does get another shot in relief this weekend and delivers another strong outing, the Cubs will almost have to consider him for the postseason bullpen, at least for the first round.

In a best of three series, you need to win every game possible as you don't get many chances. Having a reliever who can have a few shut down innings could be huge should a starter throw a lot of pitches early on and fall behind early. Alzolay should get one more shot to prove his worth before the season's end, and maybe that will be enough to earn a spot in the postseason.