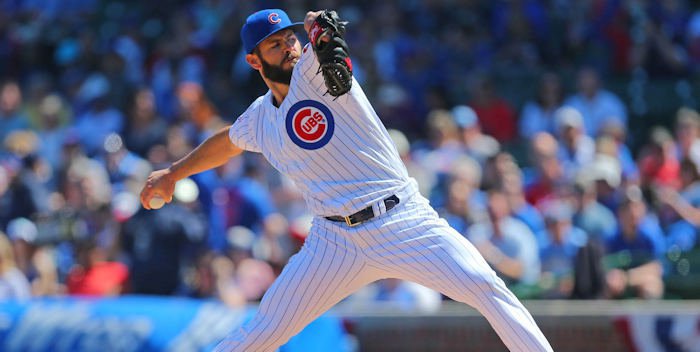 Jake Arrieta pitched eight masterful innings, and the Chicago Cubs belted three homers in a 6-2 win over the Rockies on Saturday to even the series.

Arrieta was almost hittable at times, giving up no runs and just five hits with eight strikeouts to pick up his third win on the season. Arrieta stretched his regular season scoreless streak to 48.2 innings at Wrigley Field dating back to July 25, 2015 and lowered his ERA for the season to 1.23.

Chicago (9-2) got on the board in the fourth inning when Anthony Rizzo and Jorge Soler hit back to back solo homers off of Christian Bergman on consecutive pitches. The homer was much needed for Rizzo as he was just 1-16 previously during the current homestand.

Dexter Fowler extended the lead to 5-0 on a three-run blast in the seventh. A sacrifice fly with the bases loaded in the eighth by David Ross scored the final run for the Cubs.

Colorado (6-5) got its runs in the ninth off of Travis Wood with a two-run homer by Carlos Gonzalez.

Second baseman Javier Baez got his first start since being called up on Friday and went 2-4 with a double, infield single and two strikeouts. Baez also had a slick play in the seventh where he dove and threw out Gonzalez from his knees to rob him of a hit.