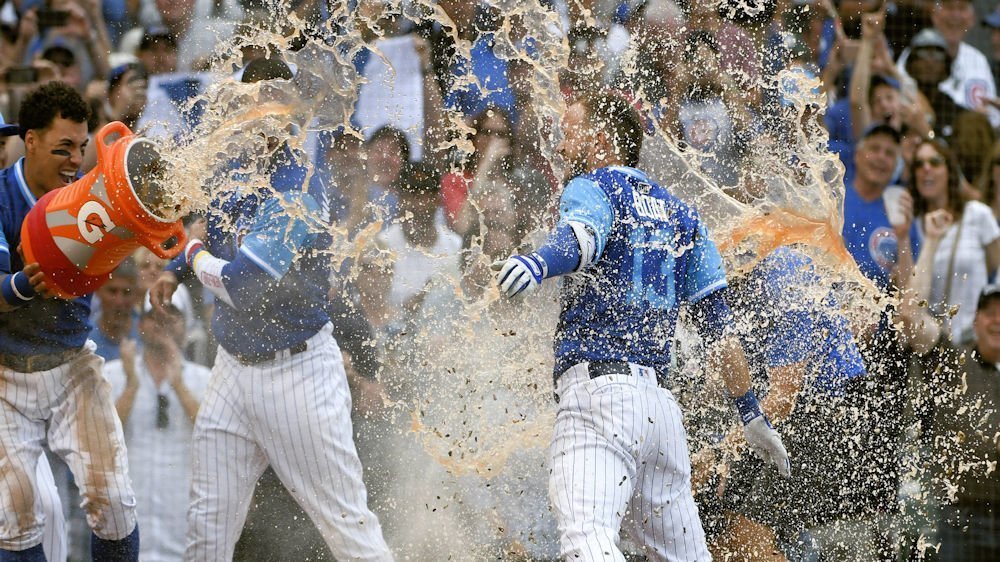 CHICAGO — Quickly solidifying himself as one of the most clutch hitters in the Chicago Cubs' lineup, rookie third baseman David Bote clubbed a walk-off bomb in the 10th inning to provide Chicago with a dramatic 3-2 victory over the Cincinnati Reds. Mere weeks after hitting his first walk-off home run at any level, Bote brought out the walk-off magic again with yet another game-ending blast.

Marking his fifth homer of the season, four of which have been of the go-ahead variety, Bote crushed a 431-footer to left off Reds closer Raisel Iglesias in the bottom of the 10th to provide Chicago with its third consecutive win. In the process, Bote became just the third Cub since 1929 to hit multiple walk-off round-trippers in a rookie campaign.

Making his big-league debut in a spot start, Cubs pitcher Alec Mills filled in for the injured Tyler Chatwood on Friday. Lasting 5.2 innings, Mills performed well, as he struck out six and gave up just one run. On the other side, Matt Harvey made the start on the bump for Cincinnati mere hours after the Reds pulled him off waivers and prevented him from becoming a Milwaukee Brewer. Harvey struck out six in 5.1 innings of work and was charged with one run on five hits.

Mills gave up back-to-back doubles in the second inning to place the Cubs into a 1-0 hole. Mason Williams started the second with what was originally ruled a home run. Upon further review, it was revealed that the baseball pinged off a pole connected to the outfield netting and back into the field of play. Therefore, the hit was changed to a double. On the very next play, however, Williams got to cross the plate for good, as Phillip Ervin smacked a double that drove him home.

The Cubs' most productive inning came in the sixth, when Javier Baez knotted the game up at 1-1 with an opposite-field single that plated Willson Contreras. Four of the Cubs' seven hits came in the bottom of the sixth. Harvey was pulled with the bases loaded and one out, which paid off for the Reds. In the ensuing at-bat, Anthony Rizzo grounded into an inning-ending double play.

Taking part in just his third game as a member of the Chicago Cubs, second baseman Daniel Murphy received a curtain call from the Wrigley faithful for jacking a clutch solo blast in the bottom of the eighth that put the Cubs ahead by a score of 2-1. A 396-foot bomb to right-center, Murphy's seventh homer of the season and first as a Cub provided the North Siders with a short-lived advantage.

Probably the first home run Daniel Murphy has ever hit at Wrigley Field.

Blowing a save opportunity, Cubs reliever Pedro Strop gave up a game-tying solo home run to lead off the ninth, as Eugenio Suarez hit a no-doubter into the bleachers beyond center field. The Reds went six up, six down after that, which culminated in Bote becoming just the third Cubs rookie to hit multiple walk-off dingers, joining Kris Bryant and Gabby Hartnett.

As a result of Bote's heroics, the Cubs won 3-2 and improved to 74-53 while dropping the Reds to 56-73. Iglesias received the loss to drop to 2-2, and Cubs reliever Jesse Chavez, who pitched a perfect 10th, moved to 1-1 with the win. Murphy went 2-4 to lead all hitters, and Cincinnati was limited to just four hits and two walks due to a solid pitching performance by Chicago.