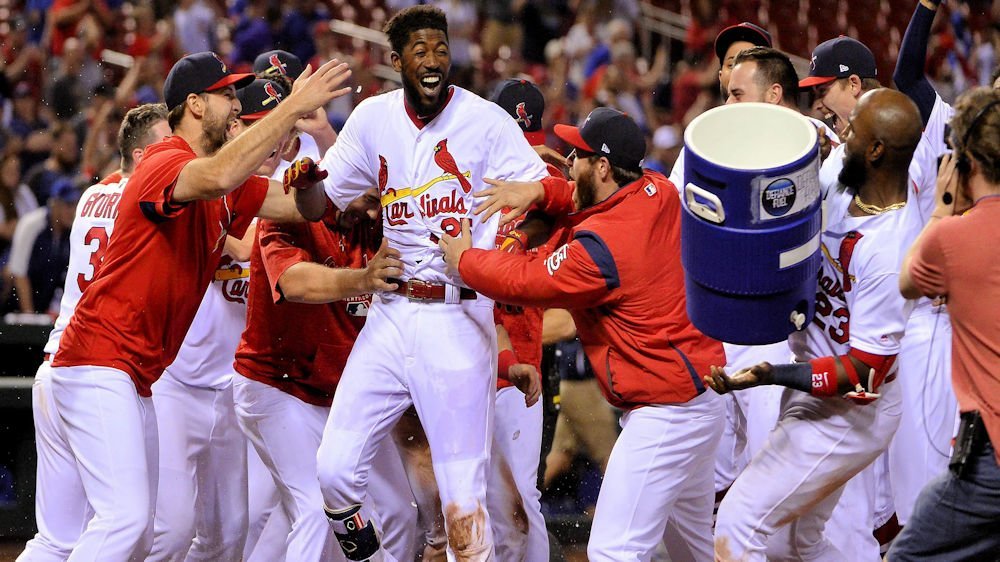 (Editor’s note: The actual probability of this happening is slim to near none. But we can dream.)

It is 68 degrees. A few scattered clouds drift lazily to the southwest in front of a nine mph breeze in the early October evening. A sellout crowd anxiously awaits the end of a game that hasn’t even begun, the fifth in a five-game series. The teams taking the field have split at two games apiece, so tonight means everything. The winner will advance to the NLCS for a shot at winning it all. The loser will go home, their best efforts not enough.

It is a perfect evening for baseball at Cubs fan’s ultimate Field of Dreams. They sit in their green seats, stand behind rails, and move with purpose through the concourses with one eye on the clock. Some visiting fans make small talk with their hosts here in the Friendly Confines of the 2nd oldest ballpark in baseball, debating their chances tonight and what got them to this moment.

For many, this feels like Game 7 of the World Series, the NLCS seeming a mere formality; win this one, the rest are just games. The sound of over 42,000 people talking, moving, laughing nervously and ordering up is louder, more energetic than usual. Some will leave tonight utterly dejected, feeling robbed of their cause celebre. The rest, jubilant and relieved, are convinced that their cheering at all the right moments made a difference. Truth be told, it probably did; tonight, everything counts.

The Cardinals are here to finish the fight, and the Cubs cannot wait to get it on.

For me, this would be the ultimate game of 2018. No team sparks more fiery emotions in the hearts of Cubs fans than their biggest rivalry, one that has festered and grown for 2,398 regular season games. For the record, the Cubs hold the regular season title, 1,228 to 1,170. The Cardinals edge the Cubs in pennants, 19 to 17. This is no fluke, this final clash. The Cardinals played outstanding baseball to get here, overtaking the once-hot Brewers for second place in the NL Central and did so in dominant, determined, deliberate fashion. They want this, and they want to take it here, tonight, in enemy territory.

The Cubs, who have the best record in the NL and are a few games ahead of the surging Cardinals, spent the season alternately frustrating or elating their anxious, impatient fan base. I confess I bought a seat on that somewhat unreasonable roller coaster.

No better a fan than many, I grimaced at all those 1-run games, juxtaposing those paltry results onto our postseason chances. I had wanted Arrieta back, not a then-frustrating and mystifying Yu Darvish. As it turns out, those 1-run games weren’t that big a deal. Since April, the Cubs have had only 20 of those (out of 134 games) and won 3 of them. As for Darvish, I came around and gave him the benefit of the doubt. “We are fine” I keep telling myself. Yet still, the Cardinals loom, and dangerously so.

I hope they make it.

To win, to bat past a team that is hungry – practically starving – for a postseason berth, would be far more gratifying. It would make a bigger statement than to take three from say, the Brewers. They are good, but just not good enough to be worthy of a 5-game series with my Cubs for a chance to advance.

No, that belongs to the focused, maddening, tough-as-nails Cardinals, and them alone. You know they and their fans would like nothing better than to knock the Cubs out of the postseason and be the team they once were again. The Cardinals want to be Cub killers. To win on the field filled with fans clutching their W flags, to deny them the voice to sing “Go Cubs Go,” to read their laments on social media for weeks to come. That is what the Cardinals want, and they are doing everything in their power to get there, to win, win again, and win more for a shot at the ultimate contender, the Chicago Cubs. My Cubs.

I hope they make it. I hope they swing and throw their way into our way on the road to the World Series. I want them to come to us, and I want them to be at their very best when they get here. I want them to hit us with everything they have, pitch lights out, and give no quarter on both sides of the plate. I want them to roll in with momentum, with fire, with the belief that the NLCS – and the WS – is there for the taking if they play their game. It would be a series for the ages, one that would go down in baseball lore as one of the best ever played.

Because when we take that final game, when the last Cardinal at bat takes a third strike looking from Pedro Strop or Jesse Chavez, or collectively turn to helplessly watch the hit that beat them sail murderously towards Clark and Addison, I will know we earned the win. That we beat the team determined to deliver a knockout punch and leave us there, stunned.

So keep winning, Cards. I am rooting for you. Try not to suck. You are a worthy opponent. Keep growing bigger in our review mirror, but get used to that view.

We are right in front of you, we dream killers - we Cubs - and we can’t wait to get it on. Bring it.