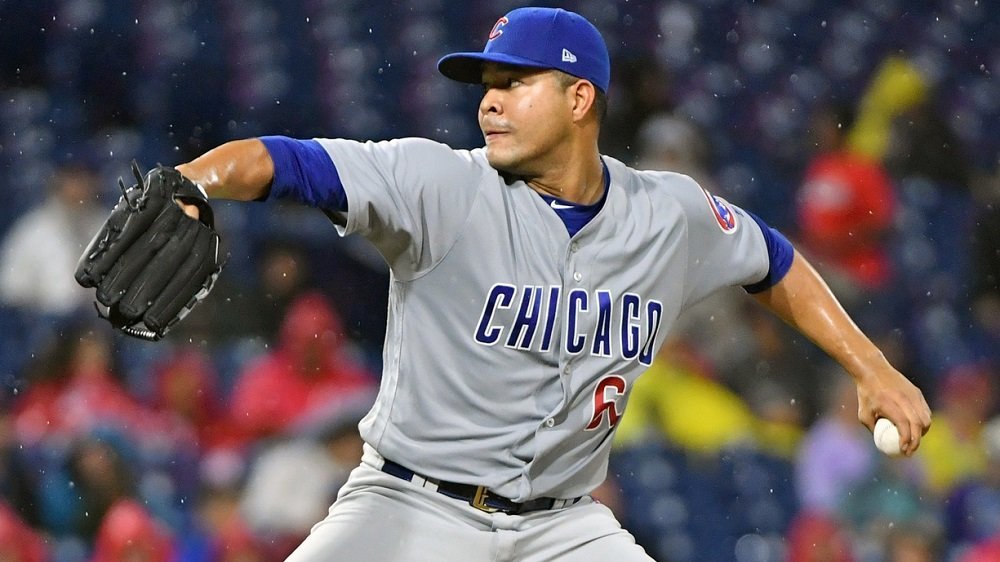 Jose Quintana performed well both on the mound and at the plate, but his quality outing was wasted. (Photo Credit: Eric Hartline-USA TODAY Sports)

PHILADELPHIA — Losing a contest that they arguably should have won, the Chicago Cubs reverted back to their recent offensive struggles by producing yet another performance in which a solo home run provided them with their lone scoring play of the game. Falling 2-1 in walk-off fashion against the Philadelphia Phillies, the Cubs accrued four more hits and four more walks than the Phillies but left 20 runners stranded in a letdown showing at the plate.

Consistently struggling with men on base, the Cubs manufactured their sole run of the night on a 417-foot solo jack from Javier Baez in the top of the fifth. The dinger marked Baez's 29th homer and 98th RBI of the year, both of which are team highs. Baez was one of four Cubs to tally multiple hits on the night, with starting pitcher Jose Quintana being one of those four.

Unfortunately for Quintana, who fanned seven and gave up just three hits in six innings of work, his teammates failed to back him up at the dish. In the top of the third, the Cubs loaded the bases with one out but were unable to push a run across. During the seventh frame, a base-running blunder cost the Cubs another decent scoring opportunity, as Tommy La Stella got doubled off at second base after running on a lineout, thereby ending the inning.

The Phillies, meanwhile, were rather impotent with the bat but still found a way to win. A clutch two-out single by Cesar Hernandez resulted in the Phillies tying the game at 1-1 in the sixth. Roman Quinn, who doubled earlier in the inning, came around from second to score. Cubs left fielder Ian Happ threw home on the play, but third baseman David Bote made the wise decision of cutting the ill-fated throw off and catching Hernandez in a rundown between first and second.

The Cubs' best chance to retake the lead came in the eighth and was a result of a throwing error on behalf of Phillies third baseman Maikel Franco. The errant throw, which pulled the first baseman off the bag on a routine grounder, placed runners on the corners with two outs. Thereafter, Happ walked to load the bases, but pinch hitter Victor Caratini then struck out swinging to usher in the bottom of the eighth.

Phillies starting pitcher Nick Pivetta threw five innings of one-run ball, in which he struck out six and was taken for five hits. Philadelphia used five different arms out of the bullpen on the evening, and veteran reliever Pat Neshek tabbed the win to become 2-1. Neshek forced a critical double play in the top of the 10th, which paved the way for Phillies infielder Asdrubal Cabreras to sky a 404-foot walk-off blast to left-center in the bottom of the 10th.

For the sixth time in their last 14 games, the Cubs accrued one measly run on a solo round-tripper. Losing 2-1, the Cubs dropped to 79-55 overall, while the Phillies improved to 72-62 with the extra-innings win. Chicago relief pitcher Steve Cishek, who was taken deep by Cabrera, received the loss to make him 4-2 on the year.