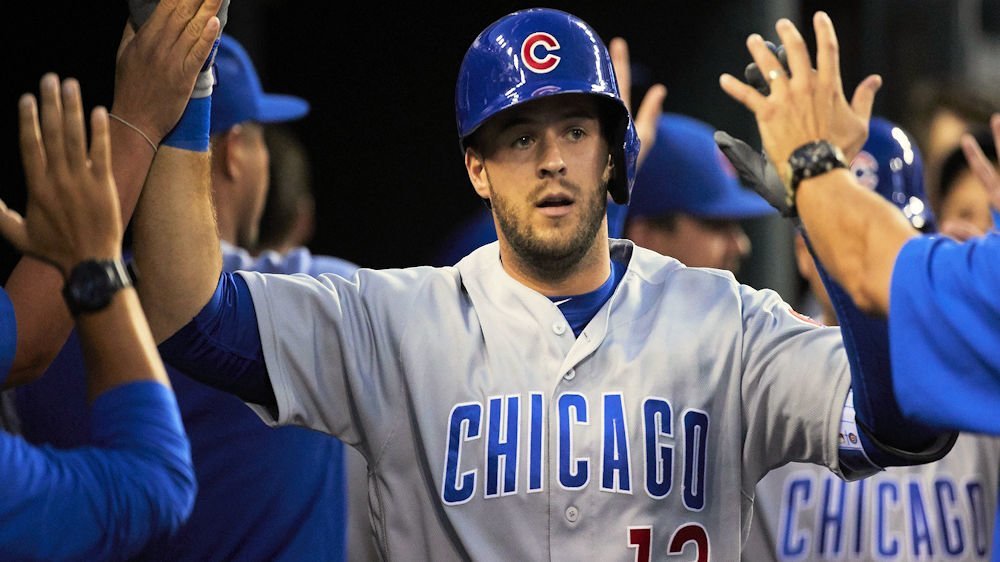 DETROIT — Taking part in their final matchup of the season against the Detroit Tigers, the Chicago Cubs broke out of a scoring drought and halted a rather unfortunate streak. After scoring just one run by way of a solo homer in five straight games, the Cubs finally pushed runs across as a result of something other than a solo blast in their contest at Comerica Park on Wednesday night.

Winning 8-2, the Cubs used a three-run fifth inning to take control of the contest. Ending an 0-17 slump at the plate, Cubs third baseman David Bote incited Chicago with a two-run dinger to close out the solo-homer streak for Chicago. Making his Cubs debut, recently acquired second baseman David Murphy hit leadoff on the night, and he made an impact in the top of the fifth fifth by accruing the Cubs' first hit with a runner in scoring position in a week with an RBI base knock that made the score 3-1.

We borrowed tomorrow's run to make this happen so enjoy it. #EverybodyIn pic.twitter.com/jrj0v9O7QO

Tigers first baseman Ronny Rodriguez provided Detroit with its first run of the evening on a two-out RBI single in the second frame off Cubs lefty Jon Lester. Giving up seven hits in 5.2 innings pitched, Lester was good enough to collect his second straight win and improve to 14-5 overall. For the second game in a row, the Tigers struggled with men on base, leaving 21 stranded.

The Cubs increased their lead in the sixth frame with a clutch two-out hit by catcher Willson Contreras. Contreras, who has been struggling at the dish lately, showcased his frustration after a bad swing and miss by hitting his helmet with his bat. Soon afterward, Contreras hustled down the line for an infield single on a dribbler hit on the infield grass. The single drove home Ben Zobrist and provided Chicago with a three-run edge.

Detroit's best chance to cut into the Cubs' lead after that came in the eighth, when the Tigers loaded the bases with one out. Chicago limited Detroit to just one run in the inning, which featured two pitching changes. An error suffered by first baseman Anthony Rizzo contributed to closer Pedro Strop entering with the bases juiced and just one out in the eighth. Strop walked in a run to make it 4-2, but he also collected two clutch outs to mitigate the potential damage.

In the top of the ninth, Cubs superstar Javier Baez provided three insurance runs with a three-run shot over the wall in left field. Fighting off pain in the process of homering, Baez was hit in the leg with a foul ball during the course of his at-bat and was visibly gimpy while rounding the bases on his 26th home run of the year.

The very next at-bat saw the Cubs tally their third home run of the ballgame, as Rizzo went yard for the North Siders' only solo jack of the evening. Earning Rizzo his 20th dinger and 80th RBI of the season, the round-tripper over the wall in left led to the eventual final score of 8-2. With eight runs on 11 hits and four walks, the Cubs finally put together an impressive offensive performance to finish off a frustrating six-game road trip.

Chicago took three of four in its season series with Detroit, which went against a trend of the two ballclubs' recent meetings. The Cubs are now 5-13 in their last 18 games against the Tigers and are also 2-6 in their last eight games at Comerica Park.

Going 3-3 on the road trip, the Cubs improved to 72-53 by winning the series finale with the Tigers, who now stand at 52-75. Murphy went 2-5 and attained an RBI and a run scored in his debut outing with the Cubs. Baez and Albert Almora, Jr., also amassed two hits for Chicago in the winning performance. Tigers starting pitcher Francisco Liriano, who was taken for four runs in 5.1 innings of work, picked up the loss to fall to 3-9 on the year.