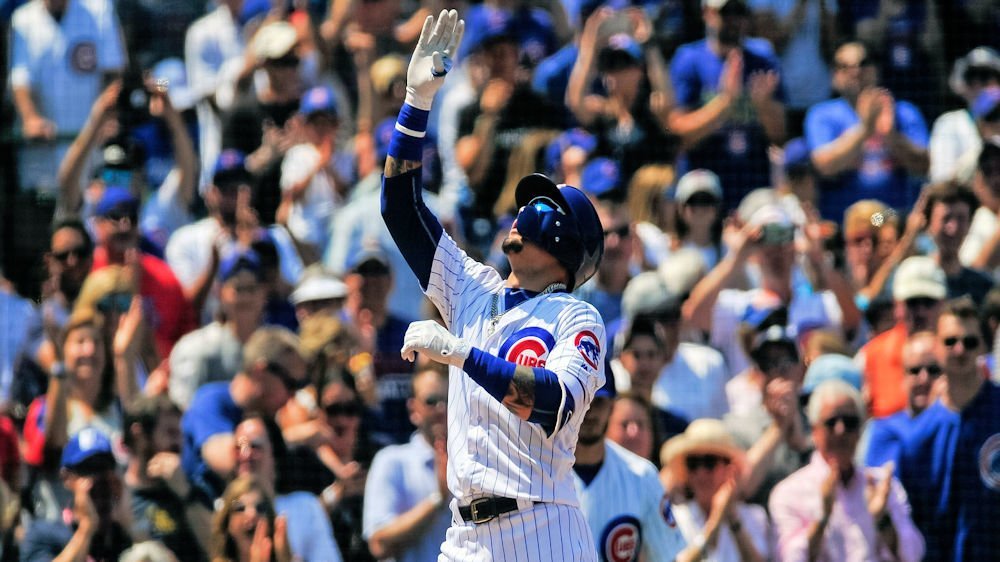 CHICAGO — Pumping his fist in celebration, Chicago Cubs reliever Pedro Strop captured the essence of his team's emotional roller coaster of a victory over the San Diego Padres on Friday afternoon. A game that featured several momentum swings and a multitude of thrilling plays on both offense and defense, the second contest of the four-game set at Wrigley Field saw the Cubs survive a late Padres surge and come away with a hard-fought 5-4 win.

Superstars Javier Baez and Anthony Rizzo led the way for the Cubs on the afternoon. Going 3-4 in the leadoff spot, Rizzo hit his 16th home run of the season. As for Baez, who went 2-3 and scored twice, he tallied two of the most important hits of the game, one of which was an opposite-field bomb that put the Cubs up 1-0 in the second.

Leading off the second frame with a solo jack to right, Baez tied his career high in home runs at 23. He also increased his career-high RBI total to 84. The Cubs accrued a two-run lead in the bottom of the third when Tommy La Stella came in to score from third on a sacrifice fly by Ben Zobrist. A few innings later, La Stella scored again as a result of a Zobrist at-bat. Avoiding a tag at the plate, La Stella made a gutsy base-running decision on a fielder's choice groundout that paid off. Several members of the Padres seemed to think that La Stella had been tagged out, but San Diego had already unsuccessfully used its challenge and was therefore out of luck.

In the fourth frame, Christian Villanueva put the Padres on the scoreboard with a solo dinger off Cubs starter Jose Quintana. Other than that, Quintana was excellent in his six-inning stint on the hill, giving up just four hits and earning the win to move to 10-7. Padres starting hurler Tyson Ross, on the other hand, gave up three runs on six hits and two walks in five innings and fell to 6-9 with the loss.

It's a #VivaVilla kind of day, don't you agree? ?? pic.twitter.com/SmG6W2iQ6m