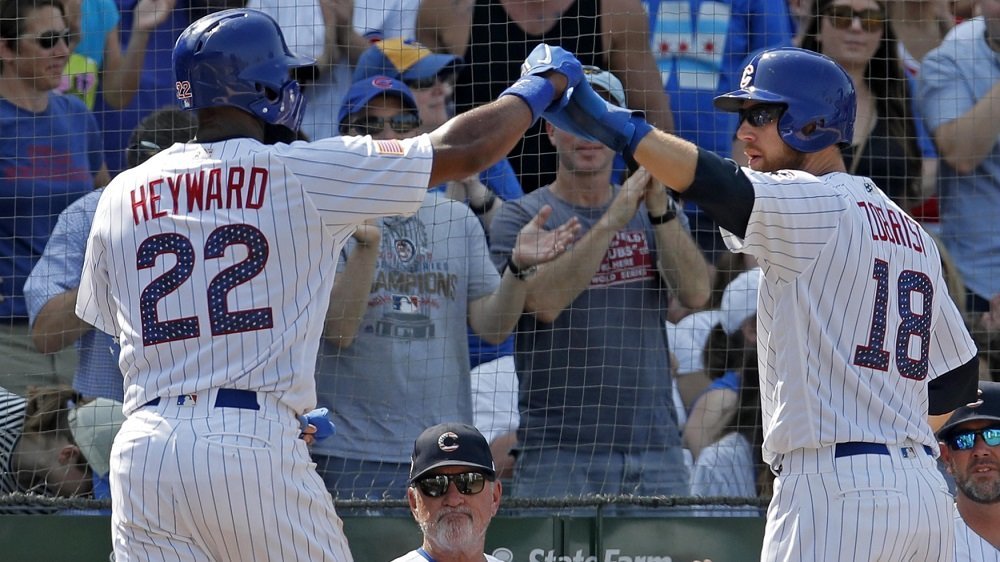 CHICAGO — Fitting with the theme of their recent winning streak, the Chicago Cubs (48-35) tabbed their fifth consecutive victory in a game that saw their opponent pick up an early lead. After falling down 2-0 in the opening inning and 3-0 in the fourth frame, the Cubs scored five unanswered runs in the latter half of the contest to top the Detroit Tigers (38-49) by a final score of 5-3.

Cubs pitcher Kyle Hendricks has consistently faltered in the early portions of his starts this year, and Tuesday's outing was no exception. After giving up consecutive singles to start the game, Hendricks was taken for his first run on an RBI groundout from Tigers third baseman Jeimer Candelario. Another run was brought across on an ensuing double by Nicholas Castellanos, putting the Tigers up 2-0.

The first inning proved to be the most fruitful inning for the Tigers, who amassed three of their eight hits in the opening frame alone. They had a chance to experience another successful inning in the second, but Cubs right fielder Jason Heyward robbed Tigers catcher James McCann of a leadoff extra-base hit by making a sliding catch of a liner near the wall down the right-field line.

People ask us what it’s like having the best right fielder in baseball.

Hendricks settled down after the first inning, going on to pitch five innings of seven-hit, one-walk ball. His only other hiccup came in the fourth, when he allowed the first three batters to reach base. McCann knocked in a run on an RBI single that placed runners on first and second with no outs. The Cubs were able to escape the top of the fourth without experiencing any further damage, though, thanks in large part to a 3-5-4 double play on a shift that ended the inning.

Tigers starting pitcher Michael Fulmer pitched well prior to the fifth inning, in which the Cubs scored three runs on four hits. Tommy La Stella continued to make his case for being the best pinch hitter in baseball by leading off the inning with a pinch-hit ground-rule double that found its way into the ivy in left field.

Two doubles of the non-ground-rule variety were hit by Cubs batters soon afterward. First, center fielder Albert Almora, Jr., scored La Stella with a two-bagger to right. Then, Heyward made the score 3-2 on a double to left that scored Almora, Jr. A few at-bats later, with Heyward at third base, first baseman Anthony Rizzo collected his first of two RBI on the day with a single to center that scored Heyward and tied the game.

Fulmer finished with three runs, seven hits and three walks charged to his name in six innings of work. Detroit reliever Daniel Stumpf was handed the loss, however, as he allowed the Cubs to take the lead in the bottom of the seventh. Heyward and second baseman Ben Zobrist both hit one-out singles to put runners on the corners, and Rizzo grounded into an RBI fielder's choice to score Heyward for the second time in the contest.

Chicago left fielder Kyle Schwarber manufactured an insurance run all by himself in the eighth. Leading off the inning, Schwarber got underneath a changeup thrown by Tigers reliever Warwick Saupold for his 17th home run of the season. The solo shot to right provided Schwarber with the outright team lead in dingers and put the Cubs ahead 5-3. Chicago finished with 11 hits in all.

Pedro Strop obtained his second save of the season by shutting down the Tigers in the ninth to secure the 5-3 Cubs win. Interestingly enough, Cubs middle reliever Justin Wilson, whom the Tigers traded to the Cubs last year, received the win after pitching a scoreless seventh inning, making him 3-2 overall. With the loss, Stumpf dropped to 1-4.