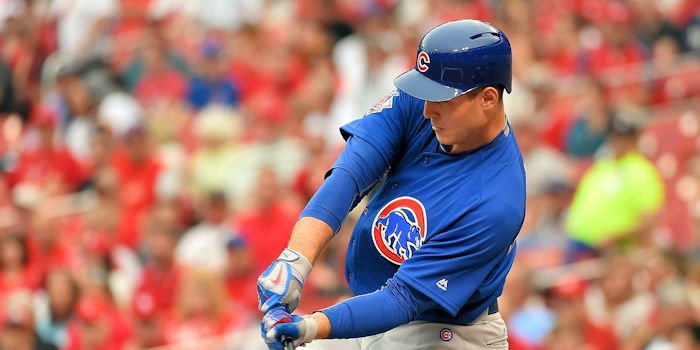 The Chicago Cubs snapped their season high three-game losing streak and their recent offensive woes as they dominated the rival St. Louis Cardinals 12-3 on Tuesday night.

Hammel's two-run double gives him five RBIs on the season which is a career-high and the current leader by Cubs pitchers at the plate.

The six-run outburst was the most the Cubs have scored in a 1st inning since August 23, 2013 against the San Diego Padres according to ESPN Stats.

Jorge Soler smashed a 406-ft two-run homer to center field to make it 8-0 in the fifth inning.

Cubs outfielder Jason Heyward was back in action after missing three games with a contusion on right side of his rib cage and finished the game hitless with a walk.

Jason Hammel pitched his team-high sixth start on the road and went 7.1 inning giving up only one run, four hits, three walks with four strikeouts. He is now 6-1 on the season with an impressive 2.17 ERA.

The Cubs piled it on offensively in the ninth inning as catcher Tim Federowicz had an RBI single, outfielder Matt Szczur had a two-run triple, and outfielder Dexter Fowler had an RBI single to put the finishing nail in the Cardinals' coffin at 12-1.

Cubs reliever Trevor Cahil came in to record the final out after Clayton Richard gave up two runs in the ninth inning.