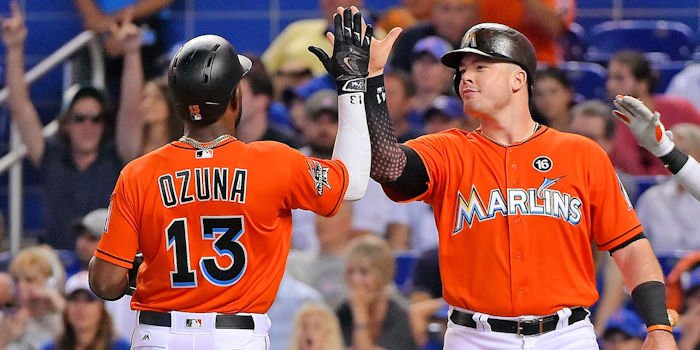 MIAMI – Despite an 11-run outburst to support Jake Arrieta a few days ago, the Boys in Blue couldn’t muster more than a few sacrifice flies in a 4-2 loss to the Miami Marlins. Mike Montgomery (1-4, 2.03 ERA) made his second start of the year and pitched well. The only blunder came in the first inning after Addison Russell committed an error throwing to first base. Soon after, Marcell Ozuna got the first RBI when he singled in Suzuki. A Martin Prado double put the Fish up by three at the end of the first.

Montgomery’s ERA went down because all his runs were unearned, but the scoreboard doesn’t see it that way as he still took the loss. The three runs he gave up in the first raised the Cubs’ season total in the first inning to 64 which is second only to the Mets.

The lineup spun a familiar tale of getting runners on base in every inning yet failing to hit the ball with authority. Anthony Rizzo came up with the bases loaded twice. The first time he struck out, and the second time he hit a sac-fly. Neither result was commensurate with what he capable of doing.

Edinson Volquez earned the win and moved to 4-8 on the year. His previous two starts have been ugly as he allowed a combined 11 runs, but he was calm and effective today pitching out of jam after jam. A total of 10 batters reached base in his five innings, but only two came back to bite him.

Addison Russell left the game due to a sore right shoulder which has been bothering him for most of the season. Joe Maddon committed to a complete switcharoo in the field with only four players staying at their same positions.