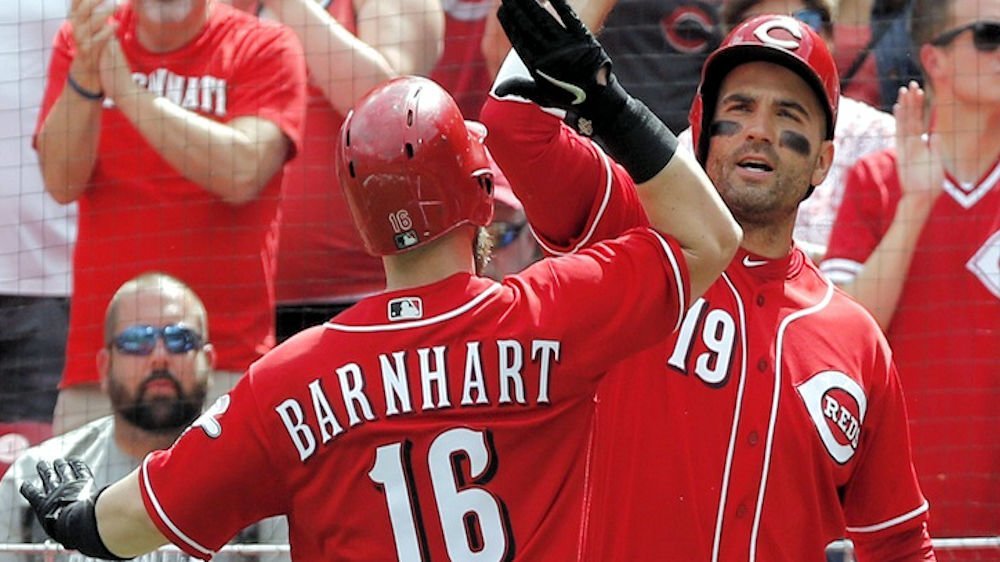 The Cincinnati Reds hitters had their way with the Chicago Cubs pitchers on Saturday, racking up 11 runs on 11 hits and six walks. (Photo Credit: David Kohl-USA TODAY Sports)

CINCINNATI — Through three games, questionable pitching decisions have plagued the Chicago Cubs (42-32) in their four-game road series against the Cincinnati Reds (31-45). After dropping the first two games, in which suspect choices made by Cubs manager Joe Maddon involving his starters hurt the Cubs, the third game featured two eyebrow-raising pitching decisions that contributed to a lopsided Cubs defeat.

Falling to the Reds by a final score of 11-2, Chicago gave up eight of Cincinnati's runs in the opening three innings, enabling the Reds, who hit a trio of home runs on the afternoon, to win the ballgame running away. As a result of the day-night doubleheader that the Cubs took part in earlier in the week, Maddon opted to give young reliever Luke Farrell a chance to make his first starting appearance of the season in a spot start on Saturday. Unfortunately for the Cubs, it did not work out, as Farrell lasted just 2.2 innings on the hill.

Farrell got off to a terrible start, walking the first batter he faced and allowing the second one, Reds catcher Tucker Barnhart, to go yard for a two-run home run. Cubs catcher Willson Contreras answered his catching counterpart with a solo bomb of his own in the following inning, lining one just over the wall in right-center.

The second inning saw a much more composed Farrell take to the rubber, as he tallied three outs in four at-bats, but, after walking the Reds' Joey Votto with two outs in the third and looking tired on the hill, Farrell was pulled with 56 pitches under his belt. Following suit with his recent string of strange relief-pitching choices, Maddon opted to bring in Brian Duensing, who was fresh off the bereavement list and not the ideal pitcher to enter with the Cubs trailing in the third inning.

Duensing immediately came undone, giving up a double on his first pitch. Reds second baseman Scooter Gennett smacked a double to deep right that scored Votto to put the Reds up 3-1. After that, Cincinnati third baseman Eugenio Suarez hit a single to left-center that brought Gennett home. Duensing then walked a batter and gave up an infield single but was inexplicably left in the game.

Perhaps, Duensing remained in because the next batter was Reds starting pitcher Anthony DeSclafani. If so, that proved to be silly reasoning on Maddon's behalf because DeSclafani hit his first career home run on a grand slam to right-center, marking the first grand slam by a Reds pitcher since 1959.

In the bottom of the third, the Cubs gave up six runs on four hits and two walks, all of which came with two outs. Farrell was charged with one of those runs and was taken for three runs total. Despite striking out four in just 2.2 frames, Farrell was, for the most part, woeful in his spot start and received the loss to become 2-3. As for Duensing, who somehow managed to collect himself and out the Reds in order in the fourth, he was taken for five runs, four hits and one walk in a 1.1-inning stint. DeSclafani, on the other hand, pitched well for the Reds, pitching 6.1 innings of three-hit ball to pick up the win and move to 3-1.

DeSclafani's second run allowed was similar to the first run in the fact that it came in the form of a solo home run, with Cubs second baseman Ben Zobrist collecting his fifth homer of the year and first since May on a dinger to right-center in the sixth.

Needless to say, Zobrist's home run did not chance the scope of the game. Epitomizing the hopelessness of it all for the Cubs, Chris Gimenez, Chicago's backup catcher, pitched the entire eighth inning and fared slightly better than Duensing. Throwing softballs over the plate throughout his inning of work on the mound, Gimenez saw his luck run out when former National League MVP Votto crushed a two-out, three-run bomb to provide the Reds with a nine-run edge.

The @Reds had 8 in the 8th, then Joseph Daniel Votto's 8th home run brought them to 11! #RedsCountry pic.twitter.com/8pRodlm6oX

A frustrating afternoon for the Cubs even featured an ejection of Chicago's bench coach, Brandon Hyde, who mouthed off with the home-plate umpire early in the game because of the umpire's insistence on keeping the Cubs' batters in the box so as to not slow down the pace of play. With the 11-2 loss, the Cubs have now been outscored by the lowly Reds 23-7 with one game remaining in the four-game set. Chicago will have to turn things around in both the hitting and pitching departments tomorrow in order to avoid an embarrassing sweep.