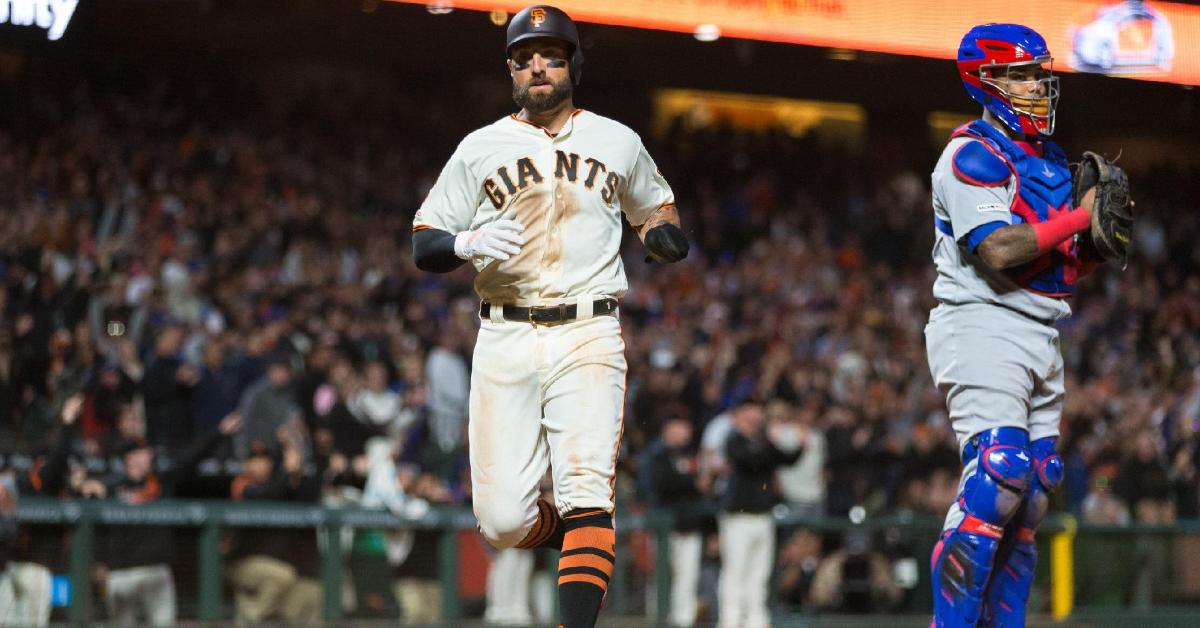 SAN FRANCISCO — Unfortunately for the Chicago Cubs (54-46), all it took was a meltdown by reliever Pedro Strop in the bottom of the eighth to nullify the 4-2 lead that they built up during the first 7 1/2 innings of play on Monday. Plating three runs in the eighth, the San Francisco Giants (51-50), who entered the contest as one of the hottest teams in baseball, overcame a late 2-run deficit and pulled out a 1-run victory. The Cubs were outhit 13-6 by the Giants in the series opener at Oracle Park and ultimately lost 5-4.

Despite tallying a modest six hits in the matchup, the Cubs were sparked by two mammoth home runs that provided them with an early 2-0 lead. With the fourth home run of his career, Robel Garcia accomplished a feat that many sluggers go through their entire careers without accomplishing by jacking a home run into McCovey Cove. The 454-foot bomb made a literal and a figurative splash, as it set the tone and put the Cubs ahead 1-0 in the second frame.

In the next inning, Kyle Schwarber nearly skied a dinger into San Francisco Bay, too, but his moonshot to right came up just short of leaving the park. The blast did leave the field of play, though, as it landed in the seats high above right field for Schwarber's 22nd long ball of the year. The Cubs tacked on another run in the fourth, when Anthony Rizzo motored home and slid in ahead of a tag at the plate on a 2-out base hit from Albert Almora Jr. Earlier in the inning, Rizzo reached base by getting hit by a pitch, which culminated in him scoring from second on Almora's RBI single.

Making his second start in place of the injured Cole Hamels, pitcher Alec Mills lasted 4 1/3 innings on the mound for the Cubs. Mills gave up a double and a single to start off the bottom of the fourth, before Stephen Vogt came home on a double-play groundout. Mills gave up his second run of the night on an RBI single by Mike Yastrzemski in the bottom of the fifth and was pulled thereafter. Yastrzemski nearly came up with another critical hit in the bottom of the seventh, but Cubs third baseman Kris Bryant made a diving stop on his hard-hit grounder and fired to first for an inning-ending out that left two runners stranded.

You’ve got a friend in KB. pic.twitter.com/U7zBNyNlbW

A 2-out rally resulted in the Cubs going up 4-2 in the eighth. Bryant notched a single with two outs and proceeded to collect his second steal of 2019. Next, Bryant scored from second base on an RBI double off the bat of Rizzo. After smacking a liner in the gap between left and center, Rizzo hustled and, yet again, beat out a tag with a solid slide. Rizzo's effort on the 2-bagger was made moot by Strop's poor performance in the bottom half of the inning.

Pablo Sandoval incited the Giants' eighth-inning rally with a leadoff double. Following an ensuing strikeout, Strop gave up an RBI single to Brandon Crawford. Then, Crawford was outed on a fielder's choice groundout, but, with two outs, Austin Slater and Joe Panik recorded back-to-back RBI doubles that put the Giants in front. As a last-ditch effort, the Cubs put two men on base with two outs in the ninth. However, Schwarber popped out to end the scoring threat and lock up the Cubs' 5-4 loss.