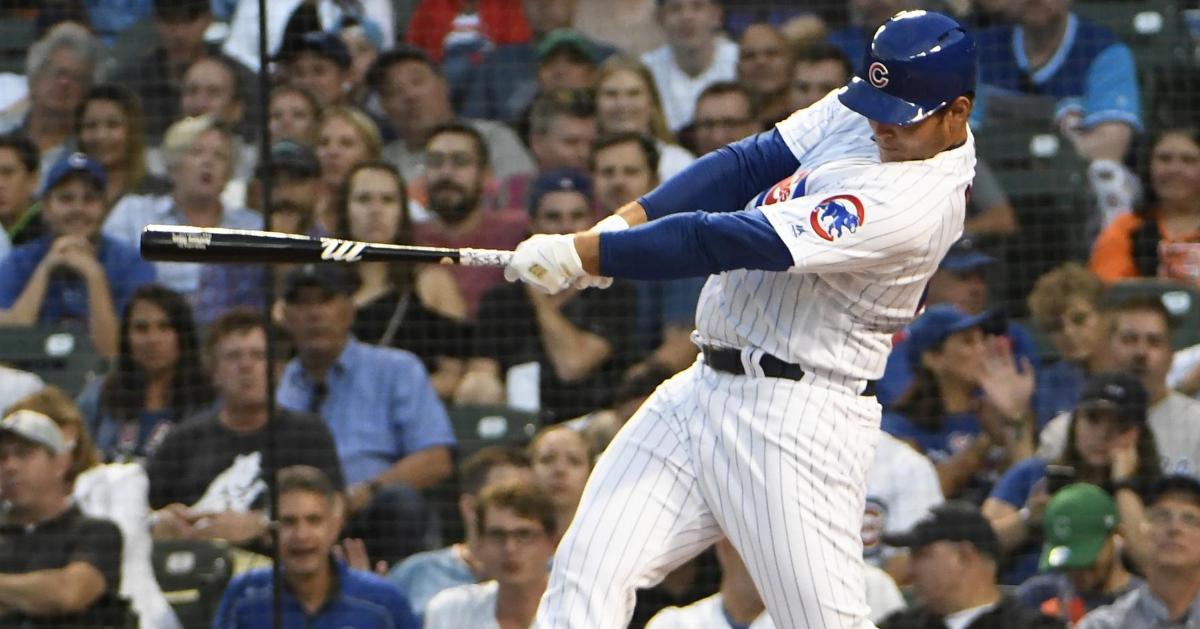 CHICAGO, Ill. — Wasting a 3-homer afternoon, the Chicago Cubs (29-20) blew an early 4-0 lead and lost to the Cincinnati Reds (23-27) in the series opener at Wrigley Field. The Reds took two of three from the Cubs at home last week, and they improved to 3-1 versus the North Siders this season with a 6-5 victory on Friday. After the Cubs tallied a go-ahead single in the bottom of the ninth, the Reds came through with a go-ahead 2-run home run in the top of the ninth that ultimately won them the game.

In the first at-bat of the afternoon for the Cubs, left fielder Kyle Schwarber led off the bottom of the first with a 449-foot rainmaker that sailed out of Wrigley Field and onto Sheffield Avenue behind the right-field bleachers. Schwarber's 8th home run of 2019, the tape-measure blast put the Cubs ahead 1-0. Reds starter Anthony DeSclafani went on to issue two more dingers, as the dynamic "Bryzzo" duo manufactured back-to-back jacks in the third frame. First, third baseman Kris Bryant hammered a 421-foot 2-run blast to center for his 12th long ball. Schwarber, who drew a walk prior to Bryant's at-bat, scored on the play. Then, first baseman Anthony Rizzo clobbered a 426-foot round-tripper that clanged off the videoboard beyond right field. Rizzo leads the Cubs with 14 homers and 38 RBI on the year.

While operating with a 4-run lead, Cubs starter Kyle Hendricks suffered his first blemish when he gave up a double to Joey Votto in the bottom of the fourth. Yasiel Puig plated Votto with an RBI single later in the inning that made the score 4-1. Puig came through with another pivotal hit off Hendricks a few innings after that, as he clubbed a 431-foot 2-run home run that cut the Cubs' lead down to one. The sixth frame proved to the last inning of the day for Hendricks, who struck out nine in his outing. Hendricks' replacement on the hill, Brad Brach, allowed the Reds to tie the game on a Jesse Winker RBI double in the seventh.

Willson Contreras pinch hit for the Cubs in the bottom of the eighth and made the most of his sole plate appearance, as he swung on an 0-2 count with two outs and drove a single to center field that brought Rizzo in to score from second. Chicago's newfound lead was short-lived, however, as Cubs reliever Steve Cishek entered the game in the top of the ninth and wasted no time in giving up a 2-run bomb to notable Cub killer Eugenio Suarez. The 445-foot no-doubter scored Votto, who worked a leadoff walk, and culminated in the 6-5 Cincinnati win.