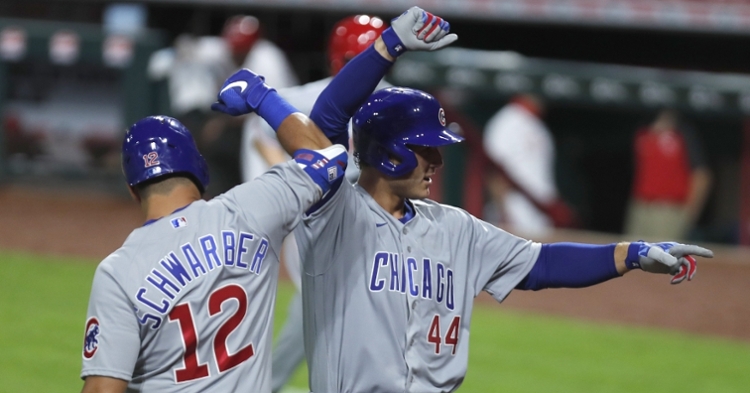 Another week has come and gone in what has been an extremely interesting 2020 MLB season.

Various players such as Mets pitcher Marcus Stroman and outfielder Yoenis Cespedes have decided to opt-out of the 2020 season. Braves outfielder Nick Markakis has decided to opt back in. Justin Verlander, Madison Bumgarner, Giancarlo Stanton, and other high profile stars have hit the injured list with various injuries.

On top of that, the MLB continues to alter rules to adhere to the 60 game season's oddities. For example, doubleheaders have now been changed from nine innings to seven for this season.

But as we said last week, the most significant obstacle for MLB to execute this season has been the ongoing spread of Covid-19. The pandemic continues to have cases rise in multiple cities and regions that have many baseball teams playing in them. On top of that, various organizations have suffered outbreaks of the coronavirus this season. The Marlins had over 20 players and staff get infected and have just recently returned to action.

The Cardinals, who we will get to later, are among the teams that have seen outbreaks in their clubhouse. St. Louis has not played since July 29th, and are now on their 13th straight off day as the team attempts to recover.

With the multiple outbreaks, many teams' schedules have been affected, including many in the NL Central and Al Central, which is the focus of this article.

Let's take a look at the week that was and week that will be in the NL Central.

Another week has gone by, and the Cubs still find themselves in first place in the NL Central, with a reasonably comfortable 4.5 games lead. The Cubs have seen large offensive production from almost every spot in their order and some of the best starting pitching in the league. The bullpen for the Cubs has been the biggest concern thus far and for a good reason, but being the first team to 10 wins and the recipe to win continuing to work. The Northsiders are looking for Kris Bryant to continue to work through his slump and keep the rest of the lineup hot as the Cubs get back in action.

The Reds arguably came into the season as NL Central favorites and have yet to find their stride this season. The Reds have seen Nicholas Castellanos dominate his way to winning NL Player of the Week and trails just Aaron Judge and Fernando Tatis in home runs this season. Trevor Bauer and the rest of the Reds' rotation is off to a great start, with Bauer and his 0.93 ERA leading the way. The Reds will look to get back over .500 this week.

The Reds played a home and home with the Indians last week and lost three of four games, winning just one in Cincinnati and losing the rest. Over the weekend, the Reds visited the Brewers in Milwaukee and took two of three from the crew. This week, the Reds battle the Royals for two games and the Pirates for four, all at home.

The Brewers have been fairly average this year. Their superstar Christian Yelich has now hit four home runs and driven in nine runs, but is only hitting .157. Besides Yelich, most of the offensive production has come from young middle infielder Keston Hiura who is hitting .268 with four bombs himself. On the mound, the Brewers have struggled a bit. Brandon Woodruff is off to a good start, but the rest of the pitching staff has not quite been as strong.

After a lengthy break because of the Cardinals outbreak, the Brewers were back in action last week. Milwaukee played a two-game home and home with the Chicago White Sox. In those two series, the road team won all games. Then over the weekend, the Brewers lost two of three to the Reds. This week, the Brewers lost game one to the Twins on Monday and have two to go in Milwaukee, and then the Brewers head to Wrigley to take on the Cubs for four games this weekend.

Not too much to recap here for the Cardinals. The team is still struggling to battle the Covid-19 outbreak in their clubhouse, with well over ten players testing positive. As more positive tests continue to pop up, the more games that are canceled.

The Cardinals had their four-game series with the Detroit Tigers postponed last week, as well as their anticipated weekend bout with the Cubs. This week, the MLB has canceled the Cardinals series with the Pirates, hoping to get the Redbirds back in action this weekend against the White Sox, or Thursday against Detroit in a doubleheader.

As we said last week, the Pirates were expected to be one of the worst teams in the major leagues and are living up to those poor expectations early on. Colin Moran is leading the way for the Pirates offensively, but he is one of the only bright spots for a team that has otherwise been the worst in the league by far. Put it this way, the Cardinals have been off since July 29th, and the Pirates have just one more win.

Last week, the Pirates played a home and home with the Twins and then hosted the Tigers for three games in Pittsburgh. Our the course of those seven games, the Bucs were only able to win one game. This week, the Pirates have already had their series with the Cardinals postponed, and the Pirates head to Cincinnati to take on the Reds over the weekend.

Stay tuned for another update on the NL Central next week.