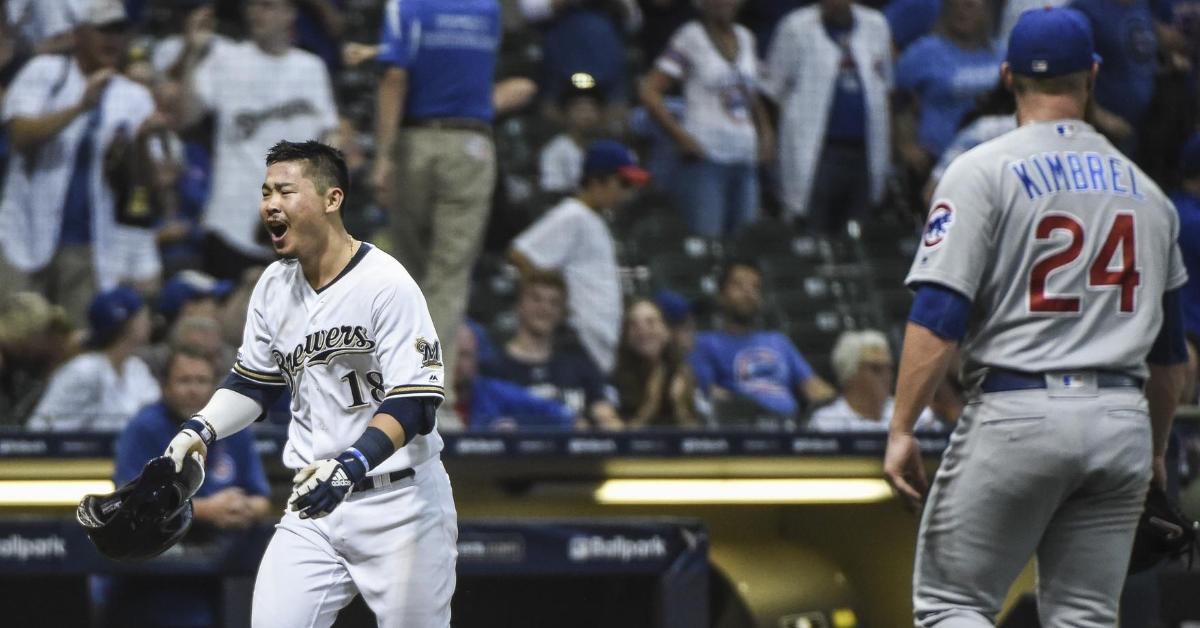 Craig Kimbrel received the losing decision after blowing a save and giving up a walkoff home run in the 10th inning. (Credit: Benny Sieu-USA TODAY Sports)

MILWAUKEE — Fitting with the trend of the week for the Chicago Cubs (55-49), a woeful bullpen performance culminated in a loss for the North Siders. For the second night in a row, the Milwaukee Brewers (56-50) overcame a 2-run deficit and came away with a win at Miller Park. Cubs closer Craig Kimbrel blew a save in the bottom of the 10th by giving up three runs, two of which came on a walkoff home run by Keston Hiura. As a result, the Cubs fell 5-3 in extra innings after allowing the Brewers to score five runs following the midway point of the eighth inning.

Also for the second night in row, the Cubs scored just two runs via a 2-run home run in the nine regulation innings. In the top of the third, not long after Willson Contreras got hit by a pitch, Anthony Rizzo took Brewers starter Chase Anderson deep for a towering 362-foot blast to right that boasted plenty of hang time. The Cubs went cold at the plate after that, as they failed to advance a single runner into scoring position in innings four through nine. In the end, the Cubs, who tabbed six hits, went 0-for-4 with men in scoring position and left six baserunners stranded.

Meanwhile, the Brewers did not have much of an answer for Cubs starter Jon Lester, who flourished in his seven scoreless innings of work. Lester struck out five and gave up just four hits. He also dodged a bullet when a replay review confirmed that what could have been Hiura's first 2-run bomb of the night was actually a foul ball in the bottom of the sixth, thereby erasing the two runs from the scoreboard and leading to an inning-ending strikeout.

There was no doubt about Ben Gamel's homer for the Brewers in the bottom of the eighth, though. Taking Cubs reliever Steve Cishek deep, Gamel hammered a 421-footer beyond right-center to make the score 2-1. Four different relievers toed the rubber for the Cubs in the eighth, including newly acquired Derek Holland, who faced just one batter. Tyler Chatwood gave up the lead by getting taken for an RBI double off the bat of Hiura that knotted the score up at 2-2. Rowan Wick entered to pitch for the Cubs after that and proceeded to produce a superb 1 1/3-inning outing.

Hey @Cubs, you probably haven't met the rookie yet. Just so you know, the man can hit. #ThisIsMyCrew pic.twitter.com/650pV8551D

With Wick holding down the fort on the bump, Albert Almora Jr. provided the Cubs with a lead right from the get-go in extra innings. Leading off the top of the 10th with a 422-foot no-doubter hit into the center-field seats, Almora put the Cubs in front with his 11th long ball of the year. However, Brewers slugger Christian Yelich answered Almora's leadoff blast with one his own in the bottom of the 10th, as he sent a pitch from Kimbrel out of the park for a game-tying dinger. Yelich went 3-for-5 on the night.

With this swing, @ChristianYelich matched his HR total from his 2018 MVP season.

Kimbrel never settled down after that. In fact, he never even recorded an out. Following Yelich's bomb, Kimbrel walked the ensuing batter, which paved the way for Hiura to end the game with a lined shot over the wall in right. Technically, Hiura made a home-run trot for the second time in the contest, but replay did not nullify the second trip around the bases, with the game-winning blast ending the National League Central duel with the Brewers on top by a final score of 5-3.