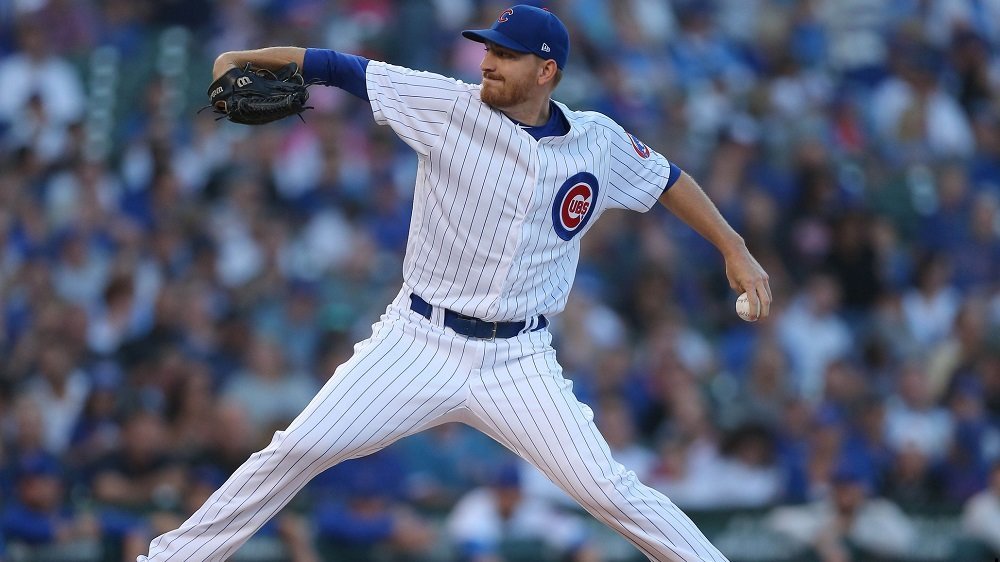 CHICAGO — Racking up 15 hits and three walks, the San Diego Padres dominated the Chicago Cubs at the plate in the series opener at Wrigley Field on Thursday night. Giving up six runs in the second half of the ballgame to waste a 1-0 lead, the Cubs were done in by a combination of lackluster pitching and listless hitting, which contributed to their 6-1 defeat.

Cubs starting pitcher Mike Montgomery was certainly not dominant, but he held his ground throughout his 5.1-inning start, limiting the Padres to just one run on seven hits and one walk. However, Cubs relief was a different story, as Chicago middle relievers Jesse Chavez, Brian Duensing and Justin Wilson combined for five runs on eight hits and two walks.

The Padres took a little while to get going on offense, blowing several scoring opportunities early on. The Cubs did their part to contribute to that while on defense, including a spectacular tag out made by middle infielder Javier Baez on a Manuel Margot steal attempt after he caught a dart from catcher Willson Contreras in the third inning.

Sorry, we could have warned you that was going to happen. pic.twitter.com/i8qnu4dKri

The Cubs scored first in the contest as a result of a risky base-running decision by Contreras that paid off after Cubs manager Joe Maddon challenged the original ruling on the play. Initially called out, Contreras motored home on a routine grounder once the Padres opted to go for the force out at second base.

After accruing the force out, Padres shortstop Freddy Galvis gunned home to catcher Austin Hedges, who applied the tag on Contreras. The home-plate umpire called Contreras out, but replay showed that Contreras slid around the tag and touched the plate safely. Therefore, the call was overturned, and the Cubs took a 1-0 lead in the bottom of the fifth.

.@Cubs challenge call that Willson Contreras is out at home plate in the 5th; call overturned, runner is safe.

Hedges got revenge soon afterward, as he skied a three-run homer off Chavez in the sixth for Chavez's first significant mistake in a Cubs uniform. From then on, the Padres controlled the game. Eric Hosmer put them up 4-1 in the seventh on a two-out RBI single, and, in a pinch-hitting spot, A.J. Ellis provided San Diego with a four-run edge in the eighth by cranking an RBI double.

San Diego scored another run in the eighth because of a throwing error suffered by Cubs infielder Tommy La Stella. With a chance at completing an inning-ending double play after stepping on second base for a force out, La Stella fired an errant throw well over first baseman Anthony Rizzo's head and out of play, which enabled a run to score for the Padres.

Mustering only three hits and one walk versus the Padres, the Cubs experienced a vast drop-off from their offensive explosion against the Pittsburgh Pirates the night before. Dropping to 62-46 because of the 6-1 loss, the Cubs will hope to right the ship in their next three contests against the Padres, all of which are afternoon games.

Chavez was handed the loss to drop him to 0-1 with the Cubs, and Padres starter Robbie Erlin, who pitched five innings of one-run ball, was named the game's winner to become 2-3 overall. The Padres, who now stand at 43-68, snapped a seven-game losing streak with the one-sided victory over the Cubs.