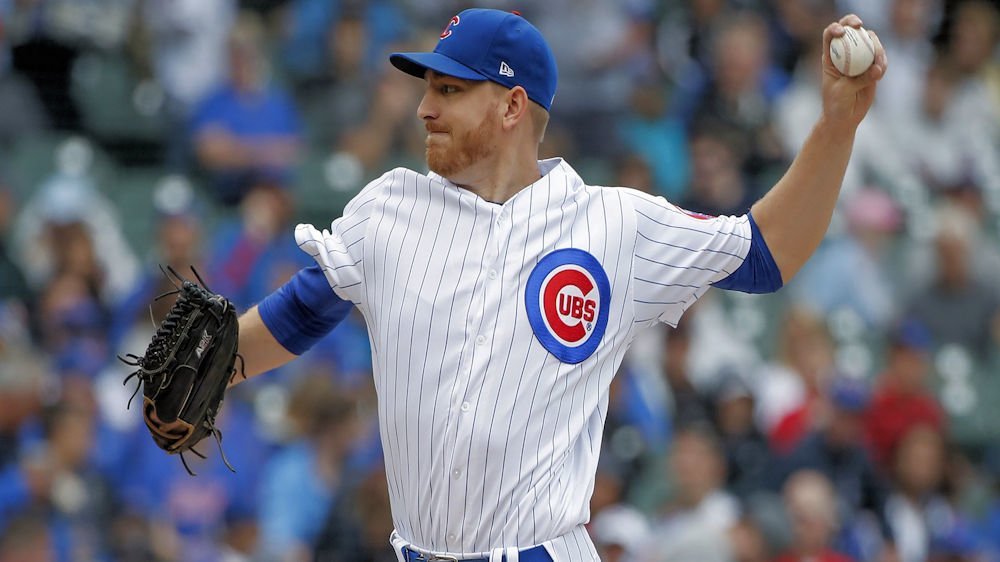 CHICAGO — A little over a week after engaging in a series in Pittsburgh that featured several controversial plays and plenty of drama, the Chicago Cubs (36-24) and the Pittsburgh Pirates (31-32) opened their three-game affair at Wrigley Field in rather anticlimactic fashion. With a combined four runs scored in the first two innings, the Cubs and Pirates engaged in a war of attrition for most of the ballgame.

Coming out on top by a final score of 3-1, the Cubs improved to 8-2 in their last 10 games, a record that includes two wins over the Pirates. In terms of winning percentage, Chicago is now tied with the Milwaukee Brewers (37-25) atop the National League Central.

Pirates starter Chad Kuhl produced a 5.1-inning start that could have been much worse. Getting out of a few jams early on, Kuhl was lucky to have escaped with just three runs charged to his name. Nevertheless, Kuhl received no run support past the first inning and received the loss after giving up eight hits and two walks. He is now 4-4 overall.

Pitching for the Cubs was Mike Montgomery, who continued his decent stretch as a starter. Montgomery struggled out of the gate, giving up back-to-back singles to start the game. The Pirates' Josh Harrison, who led off the game with a hit, then scored on a sacrifice fly by Starling Marte for the only run scored by Pittsburgh on the afternoon.

Cubs catcher Willson Contreras helped prevent additional runs from coming across in the inning by throwing Austin Meadows out stealing second, and Montgomery went on to have a quality start. Throwing six innings of seven-hit ball, in which he issued a walk just once, Montgomery received a winning decision to move to 2-1 overall. He is now 2-0 in three starts this year.

Kris Bryant hit in the leadoff spot on the afternoon and was very effective, going 3-4 at the dish and increasing his hitting streak to seven games. He began the bottom half of the first with a single and then advanced to third on a double down the left-field line by Jason Heyward, which marked Heyward's first at-bat since his walk-off grand slam on Wednesday.

Ben Zobrist drove Bryant home on a single to center field to make the score 1-1. The Cubs tacked on another run in the ensuing at-bat, as Anthony Rizzo skied a fly ball to deep left field that enabled Heyward to motor home and put the Cubs on top 2-1. Rizzo now boasts 43 RBI on the year and has recorded an RBI in three straight games.

Rizzo's sacrifice fly was the first out of the inning. Albert Almora, Jr., got hit by a pitch with two outs to put runners on first and second, but the Cubs failed to get the ball out of the infield for the remainder of the frame. They were able to produce another run in the next inning, though, with Zobrist collecting his second RBI on a fielder's choice groundout.

Kuhl walked Montgomery with one out in the second to spark the Cubs. Bryant next beat out a throw at first on a hard-hit ball to shortstop. Heyward, who went 2-4 at the plate, singled to left after that, loading the bases. Then, Zobrist batted a screamer to second base that allowed Montgomery to score. With runners on the corners and two outs, the Cubs could not muster any additional runs, as Rizzo struck out to end the inning.

Neither club hit particularly well with men on base. The Cubs left 14 stranded, and the Pirates left 18 stranded. Both teams showcased solid defense on the day. In addition to Contreras throwing out a base runner on an attempted steal, Pirates catcher Francisco Cervelli threw out two himself. Harrison made a few top-notch plays at second base for the Buccos, and Chicago's Ian Happ made three impressive plays in the outfield. Cubs reliever Pedro Strop shut down the Pirates in the ninth to earn his first save of the season and finalize the 3-1 win for Chicago.