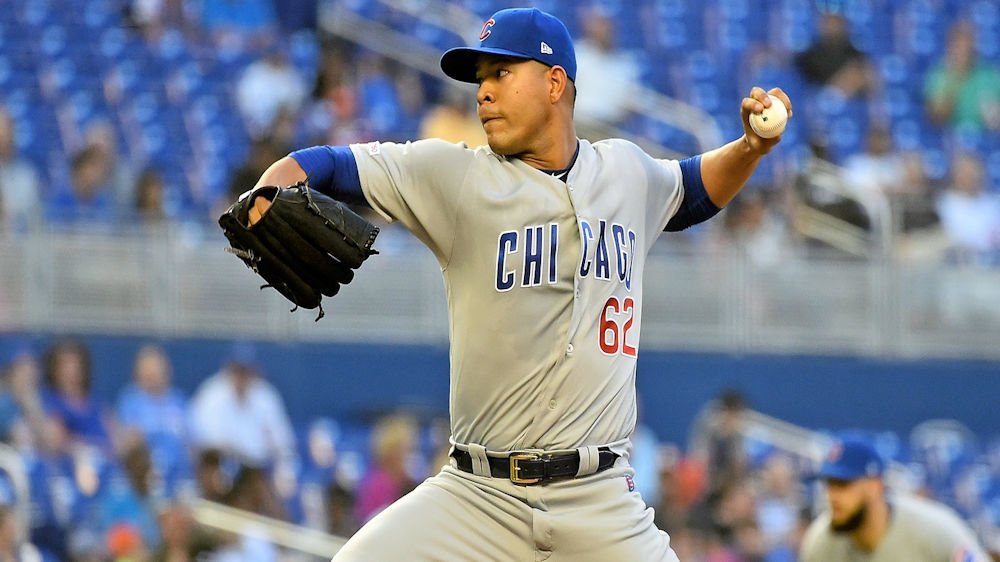 Lefty Jose Quintana has pitched 14 scoreless innings over the course of his past two starts. (Credit: Jasen Vinlove-USA TODAY Sports)

MIAMI, Fla. — Braced by a gem of a start from pitcher Jose Quintana and a 3-for-4 hitting performance from shortstop Javier Baez, the Chicago Cubs (7-9) defeated the Miami Marlins (4-14) for their second straight win on Tuesday. The Cubs broke a scoreless tie in the third and led the rest of the way in the 4-0 shutout. Chicago has yet to trail in the series.

Quintana produced a scoreless 7-inning start for the second consecutive outing, with the left-hander fanning seven and not issuing any walks en route to earning the win. Marlins starter Pablo Lopez struck out six but gave up a pair of runs in his five innings of work, leading to Lopez receiving the loss. Baez, who tabbed two runs and one RBI, became the first Cub to tally three straight 3-hit games since Willson Contreras did so last May.

Four different Cubs had multiple hits on the evening, including third baseman David Bote. Bote led off the second with a double and was later scored on a 2-out single by second baseman Daniel Descalso, who went 2-for-3 with the bat.

In the fourth, Bote drove in a run on a broken-bat fielder's choice that enabled Baez to score. Baez went on to add an insurance run in the top of the eighth with a 439-foot home run to the opposite field, which marked his fifth dinger of the season. Bote scored for the second time when he touched home in the ninth, thanks to a sacrifice fly by Ben Zobrist.

The Cubs were a subpar 1-of-8 with runners in scoring position, but the Marlins were listless enough offensively that it did not matter. With the 4-0 victory in the second game of the 3-game set, the Cubs clinched their first road series victory of the year. The North Siders will aim for the sweep at Marlins Park on Wednesday night.